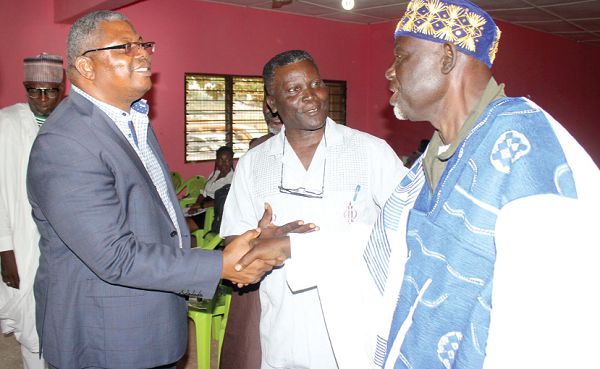 BY: Philip Boateng Kessie
The Commission on Human Rights and Administrative Justice (CHRAJ), in collaboration with the National Council of Zongo Chiefs, has organised a two-day sensitisation forum on protection and enforcement of fundamental human rights and freedoms in the society.

The purpose of the forum, held in Accra, was to sensitise leaders of Zongo communities to pertinent issues such as fundamental human rights and freedom of children, parental responsibilities and harmful cultural practices against Muslim women.

It was also to empower Zongo community leaders on human rights, for them to serve as lead agents in pushing for equal rights.

The forum, held on the theme: “The dignity of women and the girl child,”  was attended by the chiefs of various Zongo communities, Muslim Clerics, as well as some Muslim women leaders.

In a speech read on his behalf, the Deputy Commissioner of CHRAJ, Mr Richard Quayson, said the forum was part of the commission’s agenda for the year to increase public education on human rights and freedoms of citizens in the country.

In a bid to live up to its agenda, he said  CHRAJ was organising the sensitisation forum in six structured zones in the Greater Accra Region, namely Kaukudi, Amasaman, Nungua, Madina, Weija and Tema zones, respectively.

He, therefore, called for the maximum cooperation of the Zongo communities, to ensure the success of the programme.

Addressing participants, the Director of Public Education at CHRAJ, Mrs Nana Yamfoah Amua-Sekyi,  spoke strongly against early child marriages, adding that, the practice was discriminatory and criminal in nature.

She said with studies showing that 27 per cent of girls in Ghana were married  before they reached age 18, it was necessary to deal with the challenge.

She advised parents to ensure that their children, especially their daughters, were educated to, at least, the senior high school level, to secure their future for a prosperous growth and development.

That, she said, was necessary to curb the rate of child marriage and its associated dangers such as maternal mortality, infant mortality that contributed to the vicious cycle of poverty.

The Public Relations Officer of the Council, Chief Morrow Baba Issah,  pledged the council’s commitment to act as lead advocates in promoting equal rights and justice for Muslim women and children in the country.

The Senior Public Education Officer at CHRAJ, Mr Clement Tahiru, also urged parents to acknowledge and respect the fundamental human rights of children and show interest in their proper growth right from their tender age.