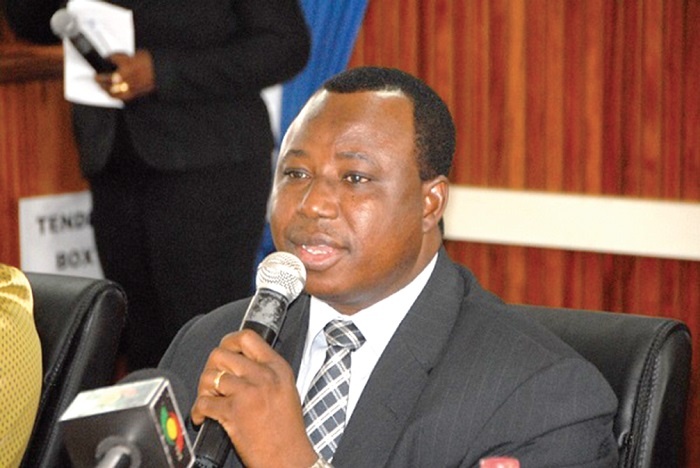 The Commission on Human Rights and Administrative Justice (CHRAJ) has asked the government to re-table the Conduct of Public Officers Bill in Parliament for passage.


The commission said doing that would show the government’s commitment to the fight against corruption, so that it would not be seen as merely paying lip service to the campaign.

The Conduct of Public Officers Bill was laid in Parliament in May 2015.

Parliamentarians decided to defer debate on the bill when their comments on the GH¢10,000 ceiling, above which any gift received by a public officer had to be disclosed or deemed to have been unlawfully acquired, caused public ridicule.

The Speaker of Parliament then, Mr Doe Adjaho, gave his blessing to the call for the debate on the bill to discontinue.

The Commissioner of CHRAJ, Mr Joseph Whittal, told the Daily Graphic in an interview that the Code of Conduct for Public Officers and Guidelines on Conflict of Interest formed the basis of the bill and was an administrative guideline on articles 284 to 288 of the 1992 Constitution.

The purpose of the administrative guidelines was to guide public officials to avoid compromising and conflicting situations in their work, as generally stated in the Constitution.

“It is a checklist to enable a public officer to pinch himself or herself on potential conflict of interest situations,” he said.

In the wake of recent alleged cases of corruption, particularly bordering on procurement and conflict of interest breaches, the Daily Graphic wanted to find out how CHRAJ, which has a key mandate in the fight against corruption, was doing to prevent and also fight the canker.

Giving the background to the bill, Mr Whittal said the Attorney-General and Minister of Justice from 2006 to 2009 and now Minister of Railway Development, Mr Joe Ghartey, was the one who, during his tenure as Justice Minister, spearheaded the drafting of the bill on constitutional provisions.

“Since then, the bill has gone in and out of Parliament and has not been passed,” he said.

“It is not enough to say we are fighting corruption. What are you doing to advance the fight when key legislation on how public officials ought to conduct themselves has not been passed?” the commissioner queried.

The Public Officers Conduct Bill, when passed into law, will ensure robust administrative measures that will tackle corrupt practices at all institutional levels.

For instance, any behaviour that is found to be corrupt will attract administrative sanctions, some of which may be barring the offending person from holding public office for a specific period, depending on the gravity of the behaviour.