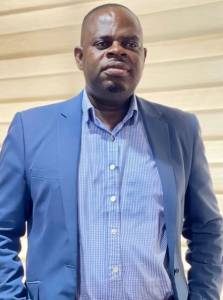 Mr. Enoch Batsa holds a Bachelor of Arts degree (Psychology) from the University of Ghana, Legon. He was admitted into membership of the Institute of Chartered Accountants (Ghana) in 2014 after passing the qualifying examinations in 2012.

Mr. Batsa was employed as an investigator in 1999 and posted to the then Twifo Hemang Lower Denkyira District as its first Director. He worked hard to firmly establish the visibility of the Commission in the District which was evident in the number of cases registered and disposed of in the years.

He was a mainstream human rights worker for 12 years until he was posted to the Finance Department, Head Office in 2011 and in 2015 took over the Finance Department as the head. He has been practicing Public Sector Finance for the past 7 years. Since assuming the position of Director of Finance, the Commission has seen a remarkable improvement in GOG budget inflows.