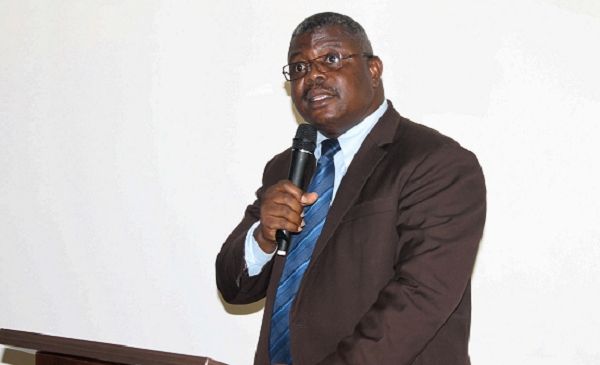 One hundred and sixty-nine (169) government and non-governmental organisations have used the National Anti-Corruption online Reporting Dashboard (NACoRD) to report on various efforts to stem corruption in the country.

NACoRD, which is an online reporting tool for the proper coordination of all anti-corruption efforts of various bodies detailed in the National Anti Corruption Action Plan (NACAP), was launched in December 2018.
Its primary purpose is to cut down on the manual processes involved in reporting on the activities of agencies under NACAP.
The information by the institutions is contained in the Annual Progress Report of January 1 to December 2018, which is yet to be published.
NACoRD
The Deputy Commissioner of the Commission on Human Rights and Administrative Justice (CHRAJ), Rev. Richard Quayson, has expressed high hopes about the potential of NACoRD to ensure timely reports on all the efforts deployed in the anti-corruption campaign.
In an interview with the Daily Graphic, Rev. Quayson said “NACoRD makes for easy reporting and review, as partners work to fight corruption and report on these efforts”.

In his view, the tool would help in finalising early reports for the 2019 year.
“Notices to begin the reporting cycle for 2019 were sent in March. The year end will coincide with ready reports on activities,” he added.
Rev. Quayson explained that the reporting dashboard had been built in such a way as to allow for continuous work.
“Agencies can log in, work and then log out even if the reporting has not been completed. You have your saved work in there and can return to it whenever you want.

“Interfaces on the online dashboard redirects clients to the NACAP where they can readily refer to provisions,” he added.
He said this process improved reporting, reduced time spent on it, and allowed ready references to strategic activities and progress made.
Report
Other interesting facts in the report are the marked increases in the number of implementing agencies reporting on their activities to stem corruption.
Also improving greatly are the numbers of metropolitan, municipal and district assemblies (MMDAs) reporting on initiatives in the campaign against corruption.
There has also been increases in the number of civil society organisations participating in the national anti-corruption drive.
Background
NACoRD was launched by CHRAJ during last year’s Anti-Corruption and Transparency (ACT) Week celebration.
The Vice President, Dr Mahamudu Bawumia, who launched it then, said “As a government, we are convinced that these reforms, anchored on the back of digitisation, would also ensure efficiency, contribute to reducing revenue leakages and ensure faster turnaround in service provision”.