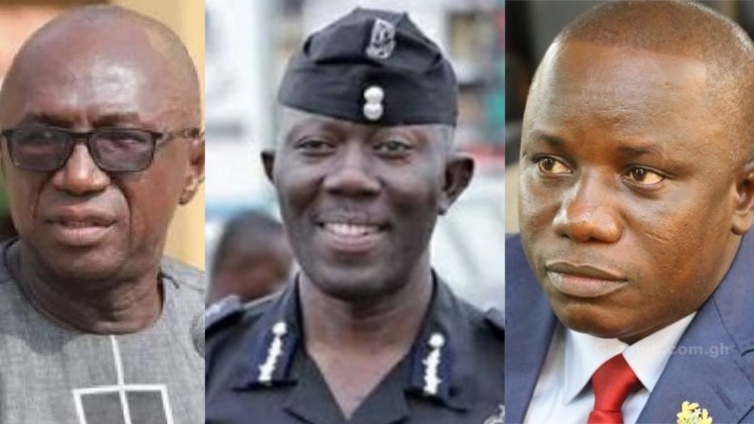 Two legislators – Samuel Okudzeto Ablakwa, North Tongu MP and Emmanuel Armah-Kofi Buah of Ellembelle, have petitioned the Commission on Human Rights and Administrative Justice (CHRAJ) asking that it investigates the deaths that occurred during the 2020 polls.

The petition is lodged against the Ministers of Interior and Defence, the Inspector General of the Ghana Police Service and the Chief of Defence Staff of Ghana Armed Forces.

The petition bothers mainly, on events that happened at the Techiman South, Odododiodio, Ablekuma Central and Savelugu constituencies.

The MPs alleged that the men of the Ghana Armed Forces did not conduct themselves in ways that promoted the development of the nation, during the polls.

Their conduct, the legislators allege, rather caused damage to life, limb and property.

Men of the Police Service are said to have undermined their constitutional duties during the polls.

Armed officers are alleged, in the petition, to have attacked, violently abused and killed some civilians in the Techiman South constituency.

This is said to have been carried out through indiscriminate shooting, despite the fact that there was no compelling threat.

“The result of their actions was death caused to the following two individuals;

i. 39-year-old Tajudeen Alhassan and

At the Odododiodio Constituency, the petition alleges that uniformed officers employed unreasonable and unjustifiable force by discharging tear gas and apprehending persons who were resident in a hotel, against whom no crime was alleged. These acts are said to have resulted in two deaths.

“The acts of these uniformed officers resulted in the death of two persons namely;

i.  36 years old Emmanuel Dompre and

In the Savelugu Constituency, the MPs say two young persons were shot and killed by armed officers on December 8 without any provocation whatsoever.

A 30-year-old man is alleged to have been killed at the Odorkor Police Church Collation Centre of the Ablekuma Constituency while a level 300 student of the Ghana Institute of Journalism is said to have suffered injuries arising from gunshots.

The MPs contend that this was also without provocation. The officers are said to have acted without justification.

The MPs attach as evidence to the petition, Medical reports on some of the dead and injured, Police reports, statements issued by the National Election Security Taskforce, media reports and video footage.

They have also served notice of readiness to call witnesses to testify in support of the allegations.

The MPs contend that these pieces of evidence will show that the victims were indeed injured and killed by the direct conduct or actions of the National Election Security Taskforce.

They explain that CHRAJ has the mandate under article 218 of Ghana’s constitution to investigate violations of fundamental human rights, abuses of power, injustice and unfair treatment.

They conclude by asking that the Commission ensures that compensation is paid to victims and in appropriate cases their representatives.

They also want disciplinary action and prosecution of officials involved in the matter.