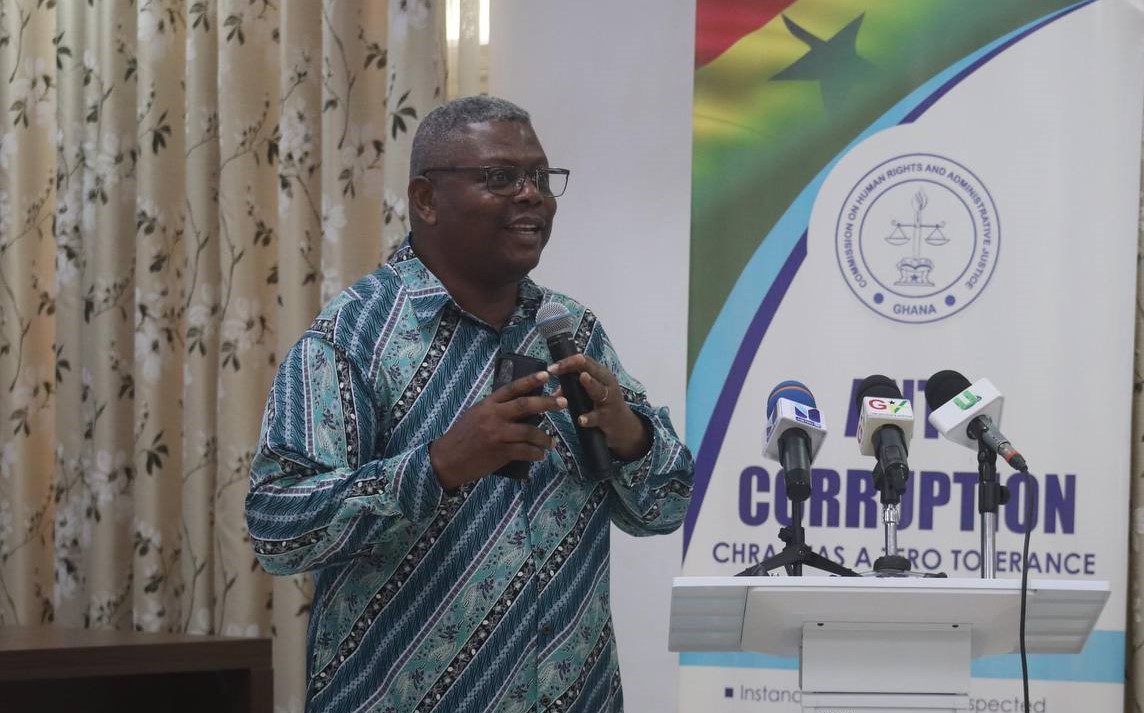 Mr. Richard A. Quayson, Deputy Commissioner, Commission on Human Rights and Administrative Justice (CHRAJ) has tasked the State to take states to eradicate corrupt practices and abuse of power.

He explained that the State has the primary responsibility to do everything lawful to fight corruption and make its practice a high risk, stressing that the conversation on corruption should start with the Directive Principle of State Policy that deals specifically with corruption and Chapter 24 of the Constitution.

He said Article 34 (8) mandates the State to play the leading role in the fight against corruption.

Mr. Quayson was speaking at the 2022 International Anti-Corruption Day Symposium organized by the commission which was on the topic: “Curbing Corruption through a Rigorous Conduct of Public Officers Law: The Perspective of CHRAJ” which was monitored by the Communication for Development and Advocacy Consult (CDA Consult).

The CHRAJ Deputy Commissioner deduced that corruption is a system that thrives where effective preventative and enforcement systems are lacking.

He said the Code of Conduct (COC) for Public Officers can only be effective to curb corruption in Public Office when “we have in place a framework that delegates authority for implementation, compliance, enforcement, and sanctioning powers to specified integrity agency or agencies, which have in place rules, policies and procedures for inter-agency cooperation”.

It is, therefore, important that all prohibited unethical conduct is adequately defined so officials know what behaviors are prohibited and what constitutes violations, and which agency is responsible for enforcing compliance, as well as prevention and detection systems, he said.

Mr. Quayson noted that the lack of clarity in these and other areas enables corruption to thrive while handicapping institutions responsible for prevention and detection.

The CHRAJ Deputy Commissioner said equally important is that the range of sanctions and penalties for breaches of the Code are proportionate, dissuasive, and effective, stressing “we should not use a Code of Conduct law to criminalize conduct”.

He said the findings reveal that a greater proportion of adults in Ghana have more confidence in religious and traditional justice systems relative to the formal one.

He said data from the GIPSS survey indicates that seven in every ten representing 69.9 percent of adults hold the view that the religious and traditional leaders’ system effectively protects the rights of every citizen, a figure that is 10.8 percentage points higher than those who agree that the

“This, obviously, should not be allowed to continue, and the ball is now in our court,” stressing that the public does not demand that public servants should be angels.

Mr. Quayson said their revulsion is with the unruly manner we appear to manage their interests and their scarce resources, adding “it may not always be the case, but appearances and perception alone can create disaffection and erode public confidence in public service”.

He said “the Government and Public Service owe it to the people in whose name and on whose behalf, we exercise the powers of the State to put our

house in order and restore confidence and hope to our people”.