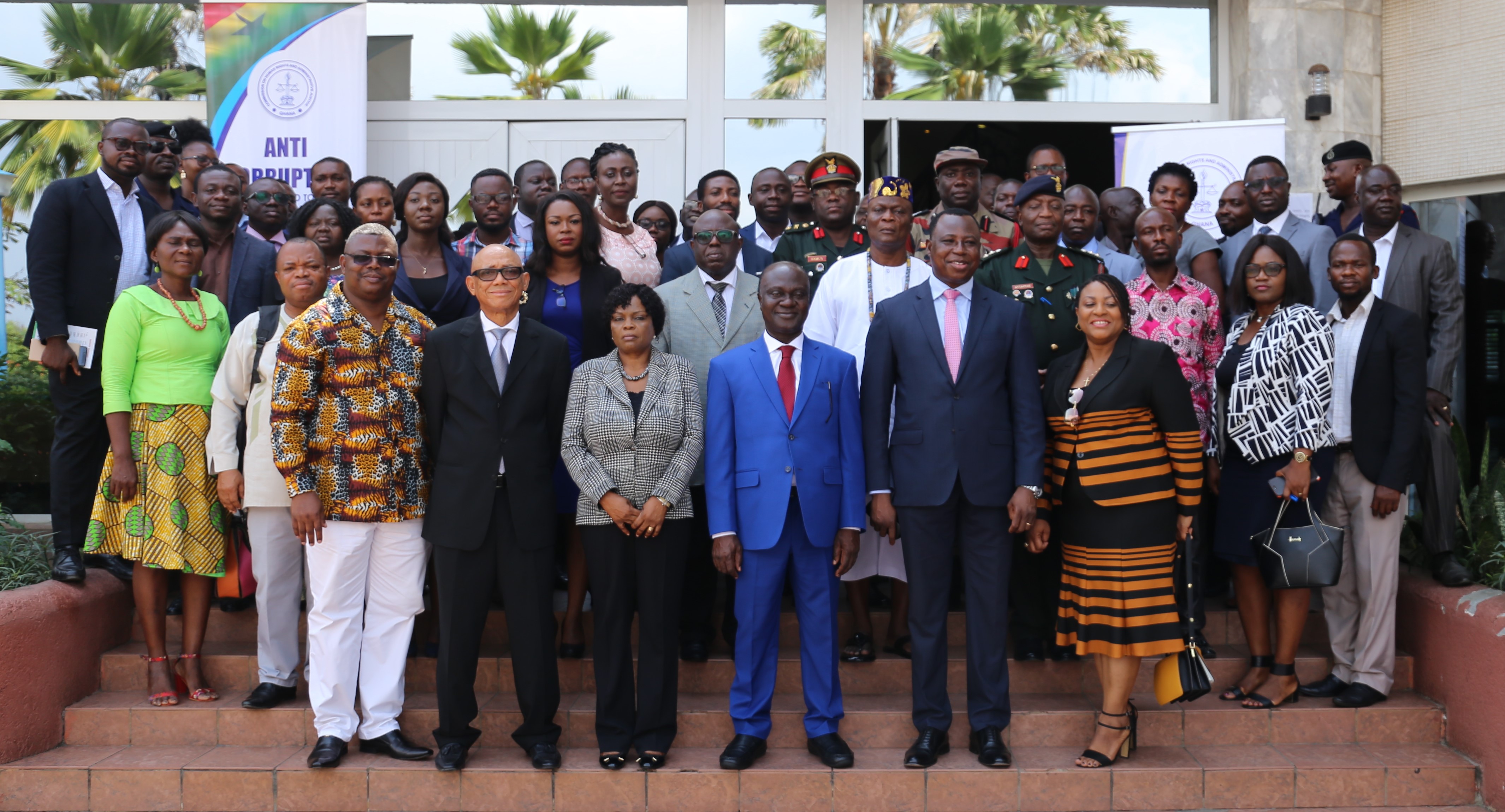 Ghana’s desire to develop without focusing on aid will be threatened if the battle against corruption is lost, the Minister of Planning, Professor George Gyan-Baffour, has warned.

He cautioned that other social and economic interventions for rapid development, as contained in ‘The Coordinated Programme of Economic and Social Development Policies (2017 – 2024)’, also stood to suffer if corruption was not stemmed.

The minister gave the caution at the launch of the Anti-Corruption and Transparency (ACT) Week in Accra on Monday.

December 9, every year is Anti-Corruption Day.

The theme for this year’s commemoration is: “Winning the fight against corruption: A panacea for Ghana beyond aid”.

Since last year, the Commission on Human Rights and Administrative Justice (CHRAJ), with its partners, has set aside a week prior to the day for various engagements and advocacy on anti-corruption.

This year’s ACT Week began yesterday and will be climaxed on December 9. It will end on December 12, 2018, with a business forum organised by the Ghana Integrity Initiative (GII) and the Private Enterprises Foundation (PEF).

In a speech before launching the week, Prof. Gyan-Baffour said it was as a result of those threats that the government had committed itself to reforms and initiatives to substantially reduce corruption in society.

Some of the efforts, he said, were the digitisation of port processes in the clearing of goods, the introduction of online passport application forms and the implementation of the transparent allocation of oil blocks.

Additionally, Prof. Gyan-Baffour said, anti-corruption institutions had been resourced, with the government committing resources to a new office block for CHRAJ to replace its office building that was burnt.

“The government is strengthening anti-corruption institutions to enable them to address corruption and promote probity, accountability and transparency by providing them with more resources,” he added.

He said GH¢180 million had been made available to the Office of the Special Prosecutor in 2019, while the Ghana Police Service was also being provided with the needed logistics to operate effectively.

Apart from that, Prof. Gyan-Baffour enumerated the country’s strides on the international front in submitting itself for a review of its anti-corruption effort under the United Nations Convention Against Corruption.

He mentioned the President’s appointment as the co-Chair of the Eminent Advocates of the Sustainable Development Goals and said that had resulted in a baseline indicator to track the progress of the country on the attainment of specific indicators of the goals.

Prof. Gyan-Baffour was happy with the theme chosen for the week’s activism, as it was apt and within the backdrop of the significant initiatives and efforts by the country.

The Commissioner of CHRAJ, Mr Joseph Whittal, welcoming guests, announced that the week would provide the opportunity to share the progress report on the National Anti-Corruption Action Plan (NACAP) for 2017, which is in its fourth year of implementation.

“Can we, as a government, ministries, agencies, municipal and metropolitan assemblies, faith-based organisations, the media, confirm we have done what is expected of us under the action plan for these four years?” he asked.

“For now I can only say that many have not showed interest in NACAP and insufficient funding remains a threat to the plan,” he added.

He said the highlights of the week would be the progress report on the NACAP and the launch of an online reporting platform for corruption.

Present at the function were the Deputy Special Prosecutor, Ms Jane Cynthia Naa Korshie Lamptey; the Chairperson of the National Commission on Civic Education (NCCE), Ms Josephine Nkrumah; the Deputy Director General in charge of Investigations and Anti-Corruption of the Ghana Armed Forces, Col Lawrence Atachine, among several other dignitaries.

Activities marking the ACT Week are a collaboration among the government, CHRAJ, the Judicial Service, the Attorney General’s Department, the Economic and Organised Crime Office (EOCO), the GII, PEF, the Ghana Anti-Corruption Coalition (GACC), Star Ghana, the Institute of Economic Affairs and the Centre for Democratic Development (CDD-Ghana) and supported by the European Union – Accountability, Rule of Law and Anti-corruption Programme (EU-ARAP).