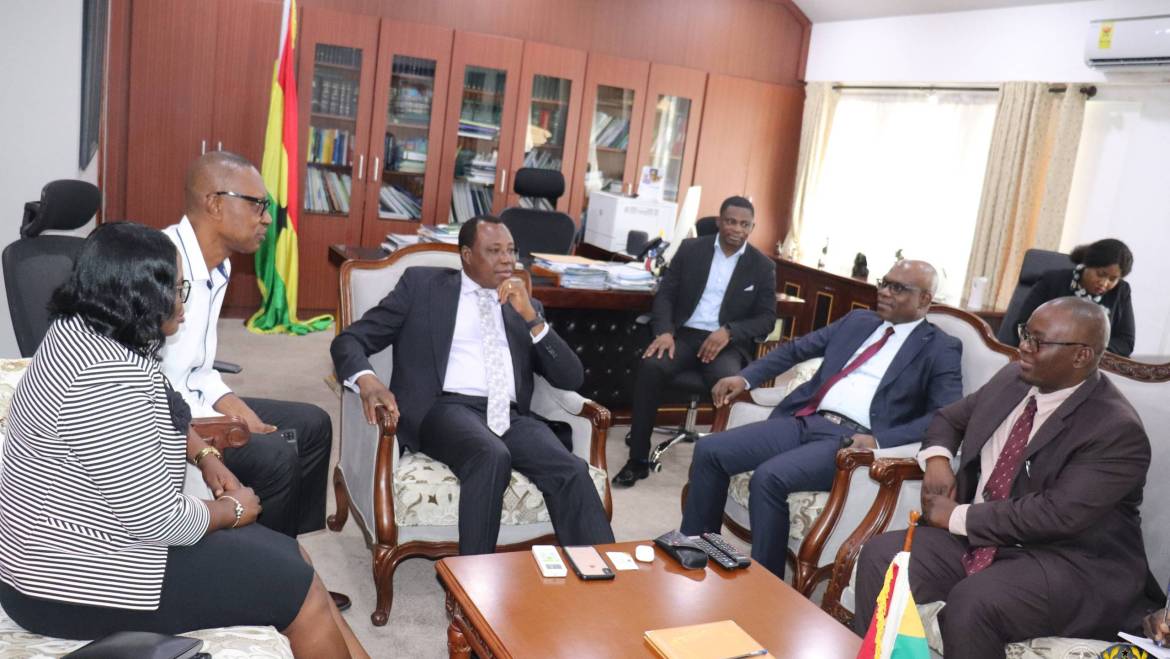 Commissioner of the Commission on Human Rights and Administrative Justice (CHRAJ), Mr. Joseph Whittal has admonished National Human Rights Institutions (NHRIs) to comply with the criteria of the UN Paris Principles in the implementation process of protecting the rights and freedoms of all persons, and holding governments accountable for their human rights obligations.

Commissioner Whittal who is also the President of the Network of National Human Rights Institutions in West Africa (NNHRI-WA) said functioning per international standards such as the Paris Principles would ensure independence, competence, credibility and accountability of NHRIs, and empower them to be effective in their work.

He was addressing a three-member high level delegation from the National Human Rights Commission of Mali (Commission National des Driots de l’Homme) (CNDH) who had come to visit CHRAJ on experience sharing expedition.

Mr. Whittal recalled that in 2016, the Network of African National Human Rights Institutions (NANHRI) and United Nations Development Programme (UNDP) commissioned a study, titled “Study on the state of National Human Rights Institutions in Africa”, which undertook a comparative analysis of African NHRIs and whether their legal frameworks met the effectiveness criteria of the Paris Principles.

According to him, the study analyzed the independence, competencies, responsibilities, funding, and financial autonomy of NHRIs, and also discovered some limitations in their legal framework, as well as their operational, financial, and appointment autonomy.

The CHRAJ Commissioner disclosed that the report revealed inadequate ability of some NHRIs to execute their mandates without external interferences, controls, influence or obstruction from any branch of the government, private bodies and other powerful individuals.

He noted that withholding of finances by the State to exert controls and inconsistencies in the appointment or removal of Commissioners along with harassments, arbitrary arrests, and murder of human rights defenders, threatened the independence and effectiveness of NHRIs.

Commissioner Whittal stressed that African Governments ought to be conscious of human rights and adopt transparency in the appointment of Commissioners to guarantee the designation of people with integrity, skill, qualification and competence to head the NHRIs, indicating that this requires the existence of a substantive level of political will by politicians in power to promote and protect human rights by guaranteeing NHRIs with a secured and conducive operating environment.

He, therefore, urged the delegation from CNDH to resolve to resist interference in their operations and to continuously work at implementing the Paris Principles, coupled with adhering to the recommendations of GANHRIs Sub-Committee on Accreditation (SCA) which are aimed at strengthening NHRIs.

The President of the Mali CNDH and head of the delegation, Mr. Aguibou Bouare, stated that the visit to CHRAJ was critical in the light of the new challenges facing Mali under its Military Regime to draw inspiration from the experience of the Commission which has maintained its ‘A’ status since1996.

He was emphatic, that CHRAJ is a relevant institution beyond Ghana which inspires a lot of African NHRIs, and so were excited to learn and benefit from its rich experiences to enable them maintain and consolidate their ‘A’ status”.

Mr. Bouare assured they would spare no effort in discharging their duty to promote a human rights culture, and also adopt the knowledge gained from CHRAJ, as well as implement the SCA’s recommendations in Mali.

The Paris Principles are a set of standards that frame and guide the work of NHRIs which were drafted at an international NHRIs workshop in Paris in 1991, and adopted by the United Nations General Assembly in its Resolution 48/134 of 1993.

The criteria of these Paris Principles require NHRIs to be independent in law, membership, operations, policy and control of resources. They also require that NHRIs have broad mandates, pluralism in membership, broad functions, adequate powers, adequate resources, cooperative methods, and engagement with international bodies to be credible and independent.