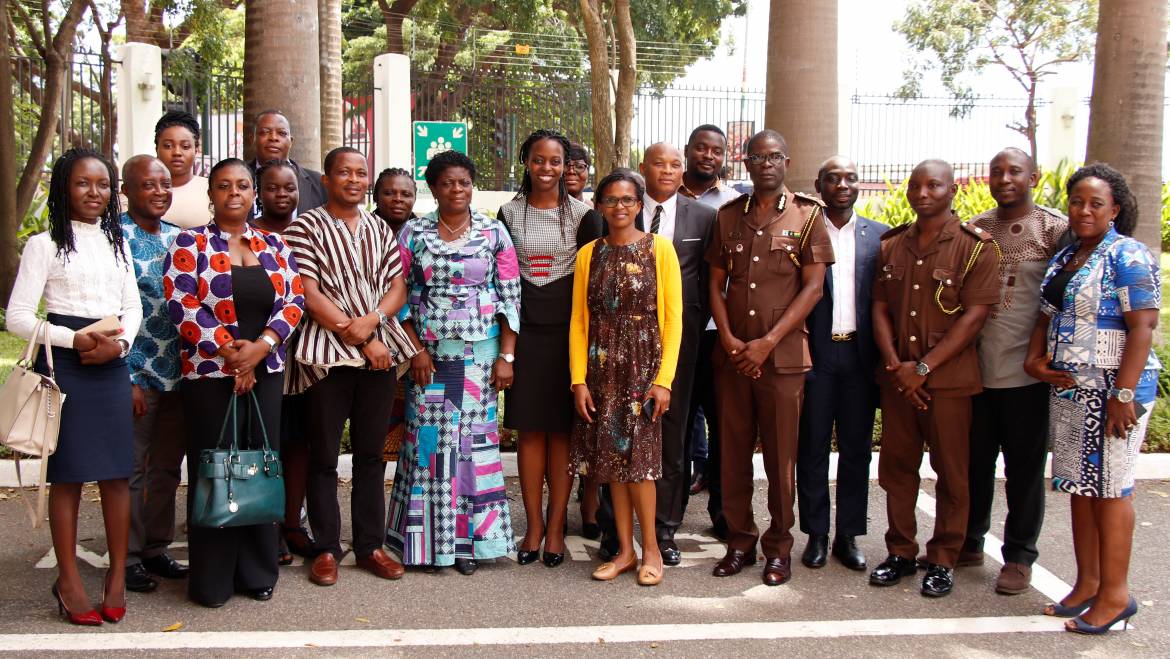 By Benjamin Adamafio Commey/Emmanuel Todd, GNA
Accra, April 18, GNA – The Commission on Human Rights and Administrative Justice (CHRAJ) has called on stakeholders in the Criminal Justice System to decriminalise and declassify petty offences in order to meet the Africa Charter on Humans and Peoples’ Rights.
It said most of the laws that criminalised such offences were outdated, vague and inconsistent with the African Charter on the dignity and freedoms of citizens, especially the vulnerable and poor, who seemed to fall prey to the law.
Mr Lawrence K. Lartey, the CHRAJ Director of Investigations, said the decriminalisation would also aid in the decongestion process of the nation’s prisons.
Mr Lartey said this during a National Multi-Sectoral Consultation on Criminal Justice Reforms, under the broad theme: “National Strategies for the Implementation of the African Commission on Human and Peoples’ Rights (ACHPR) Principles on the Decriminalisation of Petty Offences in Africa”.
He said most of the laws that criminalised petty offences traced their origin from English laws, which had outlived their relevance.
He added that apart from the Criminal Offences Act, 1960 (Act 29), there were other laws including by-laws that criminalised certain public offences that needed to be decriminalized or declassified.
“There are many people serving custodial sentences for petty offences. The question is, are those custodial punishments commensurate with the offences?” he quizzed.
Mr Lartey said this had, therefore, led to the congestion of the nation’s prisons, and there was the need to explore other forms of resolving conflicts and petty offences to make the Criminal Justice System more humane and responsive to societal needs.
He, therefore, urged the stakeholders to, in their bid to administer justice, take cognisance of the Principles of the Charter.
“Let’s take cognisance of Section 13 of the Principles, which states that: To comply with Article 6 of the African Charter, the enactment, interpretation and enforcement of petty offences by State Parties should comply with the rule of law,” he said.
“Be legitimate and satisfy regional and international human rights standards, including the principles of equality before the law and non-discrimination.”
Mr Nelson Basubinin Duut, the Director of Prisons, Technical and Services, said more than 30 per cent of prisoners in custody committed offences, which could be referred to as minor offences.
Offences such as defecating in unauthorised places, urinating in public, minor traffic offences, offensive conducts, smoking or use of Indian hemp and loitering could have attracted fines or short-term sentences instead of the long-term sentences that were usually meted out, he said.
Mr Duut, therefore, urged the stakeholders to render non-custodial sentences such as community service, signing of bond to be of good behaviour and deploying alternative dispute resolution mechanisms to help curb the phenomenon.
Miss Maureen Bwisa, the Programme Officer, Network of African National Human Rights Institutions (NANHRI), encouraged CHRAJ and other key actors to contribute to the implementation of the principles of ACHPR to achieve the set objective.
She, therefore, urged the Commission to continue to work with the Charter by submitting its shadow and activity reports that highlighted the state of petty offences to get jurisprudence favourable for the decriminalisation of such offences.
GNA