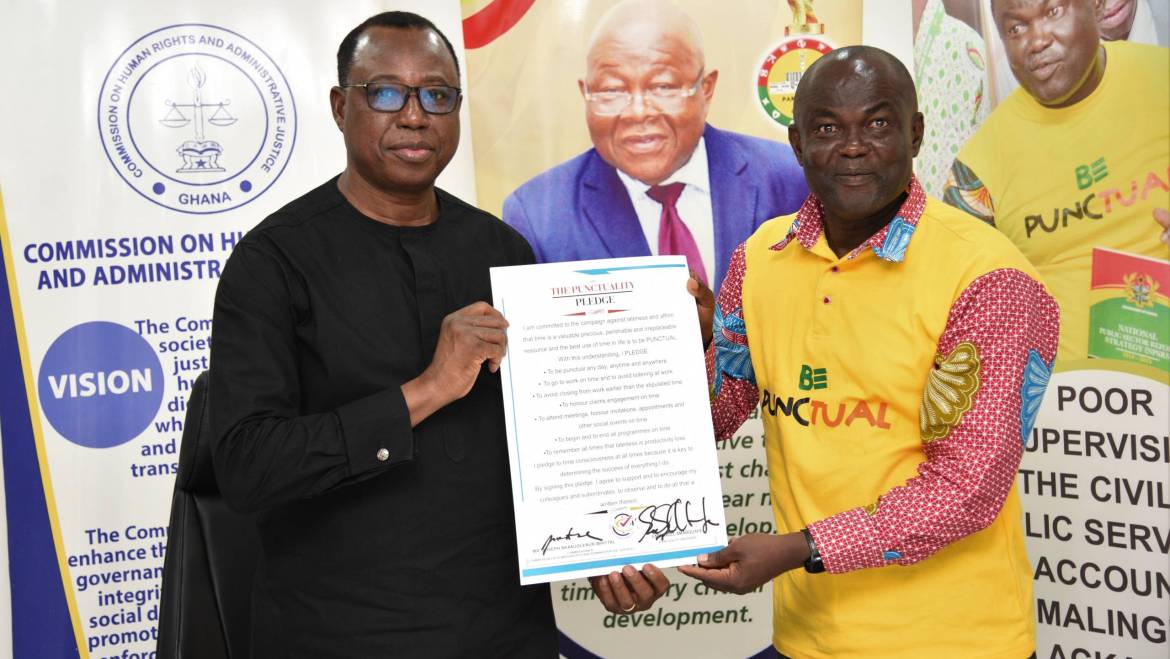 Mr. Joseph Whittal, Commissioner of CHRAJ has endorsed a public education and awareness campaign on punctuality in a ceremony held at the CHRAJ Head Office in Accra.

He was addressing a ten-member delegation of the Punctuality Ghana Foundation led by the Executive Chairman, Emmanuel Amarquaye who called on the Commission on Human Rights and Administrative Justice (CHRAJ) to support its public education on punctuality campaign.

The campaign aims to continually push a sense of urgency to nation-building among the citizenry and proffer measures to deal with the canker of poor attitude to time and work in the public service which is critical to public sector reform.

Mr. Whittal commended the Punctuality Ghana Foundation for its initiative to drive change in behaviour towards work and emphasized the importance of punctuality.

Commissioner Whittal revealed that aside the strict application of measures stipulated in its code of conduct against staff who misconduct themselves, plans are underway to acquire an electronic monitoring device to enable the Commission monitor staff attendance and enhance efficiency and productivity among staff.

Mr. Amarquaye disclosed that public education and awareness creation on punctuality have received immense support from the general public. Which is an indication that Ghanaians believe in the development of the country on the premise of punctuality and hard work as the hallmark of productivity.

Fourteen Ministers including, the Minister of Education, Minister of Information, and Minister of Employment and Labour Relations as well as, Departments and Agencies have already endorsed the campaign.  He said.