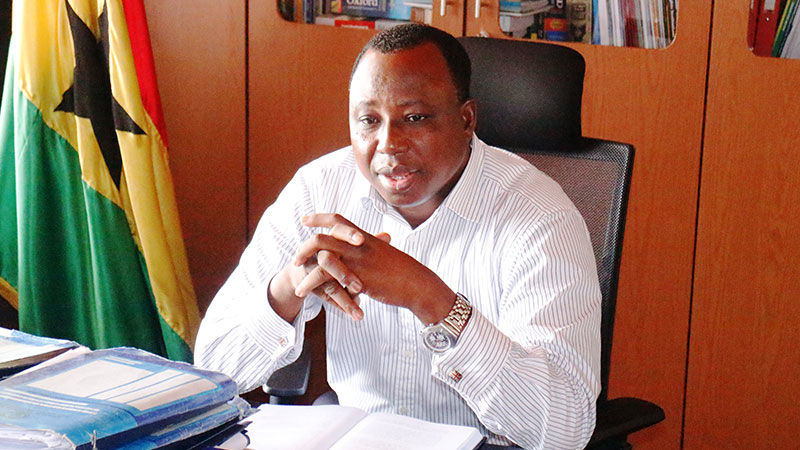 Commissioner of the Commission on Human Rights and Administrative Justice (CHRAJ) Joseph Whittal has criticised government for failing to provide the Office of the Special Prosecutor with the necessary accoutrements to enable it function properly.
Speaking in an interview on TV3‘s New Day on Wednesday, Mr Whittal expressed displeasure over how the Office is being run, six months after its creation.
Although he commended the Akufo-Addo-led government for the “right vibe” towards the fight against corruption, he stated that more ought to be done to ensure that the Office of the Special Prosecutor functions effectively.
“We are getting the offices that we have been fighting for, the Office of the Special Prosecutor. What we are not happy with is that six months into the existence of that office, we are not happy with how the Office has been empowered to undertake its work.”
The CHRAJ Commissioner said there is more to be done to fighting corruption; hence, the Office of the Special Prosecutor ought to be empowered to execute its mandate.
“We think we could have done better,” he suggested. “As an anti corruption body, we are interested in knowing what is happening there financially, and we are not seeing that. We don’t think they have a budget, we have not seen serious personnel being employed.”
“Martin Amidu is doing his own preliminary investigations, and we do not think that is the way to go. If you give Martin Amidu a good office that can take minimum of 40 investigators and other people who can actually do the work with him, I know he will do the work.”
‘Powerless’
Mr Whittal noted that Mr. Amidu is a committed man who would ensure due diligence given the right tools to work with.
He cautioned government not to allow the Office of the Special Prosecutor to be rendered “powerless” as other bodies fighting corruption.
“I know that man; he is sitting there with about two or three staff for six months. That Office should not go like the way ours and EOCO has gone.”.
He further noted that Ghana is below par in terms of the fight against corruption as compared to other countries in Africa.
“If you compare anti-corruption bodies between Ghana and Nigeria, you will think we are joking.”
Mr. Whittal said CHRAJ is ready and willing to execute its mandate once they are given the needed tools and assistance to make their work effective and efficient.