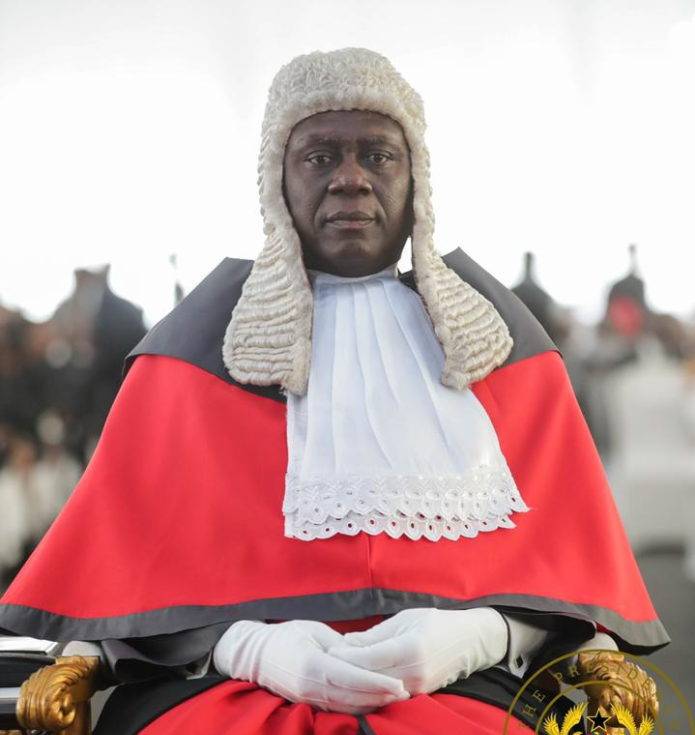 The Commission on Human Rights and Administrative Justice (CHRAJ) says it is giving the necessary attention to a petition asking that it probes an alleged $5 million bribe involving Chief Justice Kwasi Anin-Yeboah.

This was after a private legal practitioner, Kwasi Afrifa, in a response to a complaint at the General Legal Council by his client claimed the Chief Justice had requested the said amount in order for his client to receive a favorable decision from the court.

The complaint was filed by Ogyeedom Obranu Kwesi Atta IV against his former lawyer, Kwasi Afrifa.

Among other things, the traditional ruler had alleged that his lawyer had asked for an amount of 100,000 dollars from him to be used for what he called “ways and means” to secure a favorable court decision.

Mr. Atta told the General Legal Council that, he paid the amount but requested a refund on suspicion that the lawyer had not used the money for the said purpose.

But Kwasi Afrifa in his response dismissed the allegation and levelled new ones. He claimed it was rather his client, the chief, who alleged he had met with the Chief Justice who had demanded an amount of $5 million for a favorable judgment.

Ogyeedom Kwesi Atta has since denied this allegation.

He insists, he does not have a personal relationship with the Chief Justice and urged the public to disregard the allegations by Mr. Afrifa.

On his part, the Chief Justice had written to the Police CID asking that it investigates the matter. The Chief Justice also explained that when the matter came to his court, the chief accused him and another judge, Jones Doste of being biased, and demanded their recusal.

In spite of this, Civil Society Organization, Alliance for Social Equity and Public Accountability (ASEPA) had petitioned the Commission on Human Rights and Administrative Justice (CHRAJ); calling for a probe into the matter.

ASEPA says the allegations are serious and cast a serious slur on the image of justice administration in Ghana.

It, therefore, considers it important that CHRAJ investigates the matter and recommended appropriate sanctions if need be.

JoyNews has since sighted a response from CHRAJ to ASEPA.

In its letter dated July 12, 2021 and signed by the Deputy Chief Investigator for the Commission, Mrs. Paulina Essel, CHRAJ noted that the complaint “is receiving the necessary attention…”