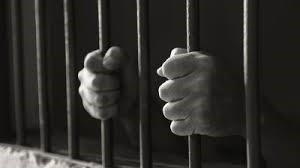 The Wa office of the Commission on Human Rights and Administrative Justice (CHRAJ) has secured the release of a juvenile sentenced to adult prison by the Circuit Court in Wa for stealing.
The Commission therefore filed an application at the Wa High Court after it received information sometime in March 2018 to the effect that there was a juvenile in the Wa Central Prison serving a prison term alongside the adult convicts.
Mr Siddique Ubeidu, Upper West Regional Director of the Commission upon hearing the information quickly assigned Mr Alpius O. Dery, a Senior Investigator of the Commission to investigate the issue to establish the truth.
Mr Dery then visited the Wa Central Prisons and had interview with the convict, Issah Ali, during which it was confirmed that he was convicted and sentenced to six years in prison with hard labour by the Wa Circuit Court at the time he was 16 years old.
By Prosper K. Kuorsoh, GNA
ghananewsagency.org/social/chraj-secures-release-of-juvenile-from-adult-prison