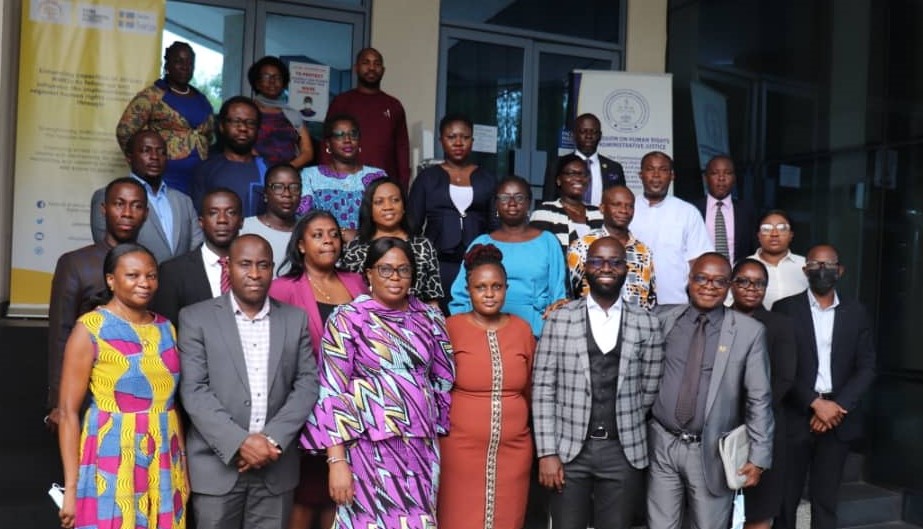 The Commission on Human Rights and Administrative Justice (CHRAJ) is equipping its officers and investigators to actively litigate and engage with regional treaty bodies towards ensuring human rights for all.

Madam Mercy Larbi, the Deputy Commissioner of CHRAJ, speaking at the opening of a two-day training on litigation and engagement with Africa Regional Human Rights and Treaty Bodies, said the Commission continued to engage in litigation before the national courts in executing its mandate.

The training, which had 25 participants from CHRAJ and some selected CSOs, is to enhance CHRAJ’s understanding of the African human right system and opportunities for engagement, including litigation before the regional human rights bodies.

She said with all the significant work done at the national level, the Commission had not engaged in litigation before the African regional treaty bodies hence the importance of the training.

The Deputy Commissioner said it was not out of place that some CSOs had been selected to partake in the training because their areas of operation had helped to improve human rights situation in the country.

“I have no doubt that this training is going to enhance their capacity to do what they are doing better,” she added.

Madam Larbie said the collaboration with CHRAJ, and the Network of African National Human Rights Institute (NANHRI) would significantly contribute to promotion, protection and prevention of human rights violation in Ghana.

These include arbitrary, detention, torture and other cruel inhuman and degrading treatment meted out to the vulnerable members of the society, especially women and children.

She said the cost of human right violation in Ghana and Africa was huge hence fighting the violation was occupying a centre stage.

Mr Gilbert Sebihogo, the Executive Director, NANHRI, said engagements with the regional treaty bodies would not only improve enjoyment of human rights through triggering legal reforms and complementary remedy to national mechanism but also the triggering of legal reforms to ensure Ghana aligned its laws to regional and international standards.