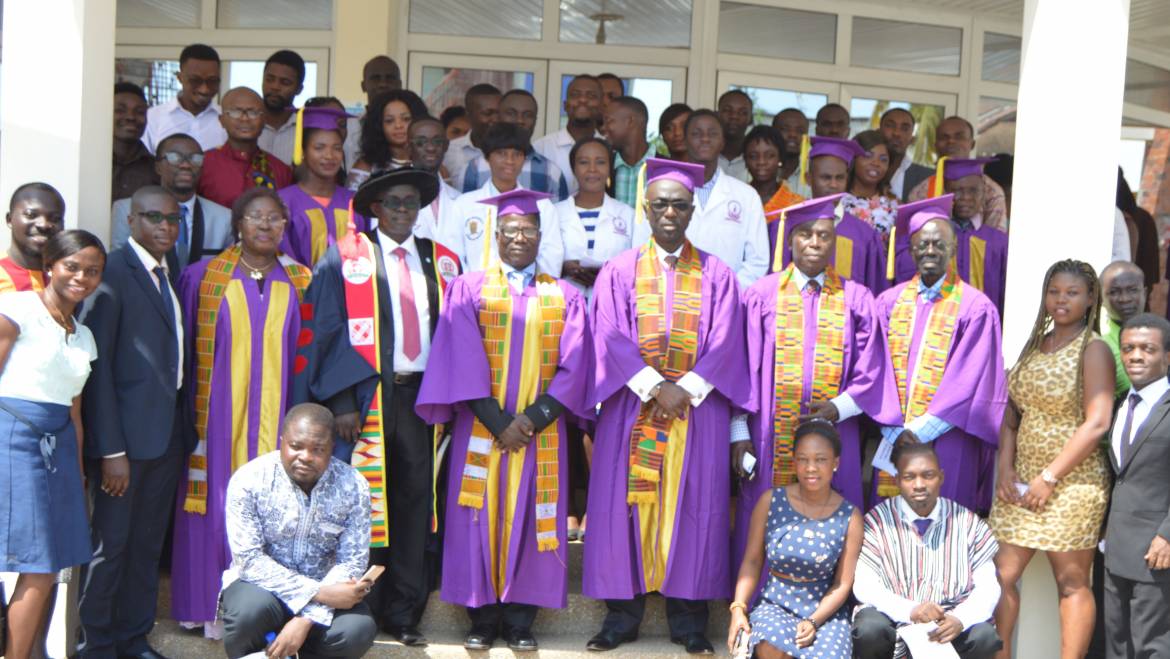 We therefore issue this notice to caution the dignitaries who have been awarded by the said institution with the so-called honorary degrees to desist from using such titles to avoid exposing themselves to unnecessary embarrassment and ridicule.
This is one of such instances where some foreign institutions confer such honorary degrees, particularly doctorate degrees on prominent personalities with intent to legitimize and popularize the operations of the institutions in Ghana, and thereby seeking to attract unsuspecting students to enroll them. It must be made clear that universities and other tertiary education institutions which are unaccredited by the relevant authorities in their home countries cannot be authorized to award any degree – regular or honorary in Ghana.

The Board hereby reminds the general public, that, conferment of honorary degrees is the prerogative of degree awarding institutions so mandated. Therefore, non-governmental organizations, unaccredited institutions and accredited private tertiary institutions operating under the mentorship of chartered degree-awarding universities are not qualified by themselves to confer honorary degrees. Any such institutions that do so will be in contravention of Regulation 19 (1) of the Tertiary Institutions (Establishment and Accreditation) Regulation, 2010 (L.I. 1984) which states that:

An accredited institution shall not issue certificates or award its own degrees, diplomas or honorary degree without a charter granted to it for that purpose by the President.
The National Accreditation Board wishes to caution all and advise that distinguished personalities invited for such awards, should verify the accreditation status and degree-awarding powers of the institutions that seek to confer on them honorary degrees to avoid any embarrassing fallouts.
Further, any person/group that accepts any degree from this/such entity does so at the peril of being a subject of ridicule and contempt.