Home - News - Digitisation will be disruptive to corruption – Bawumia 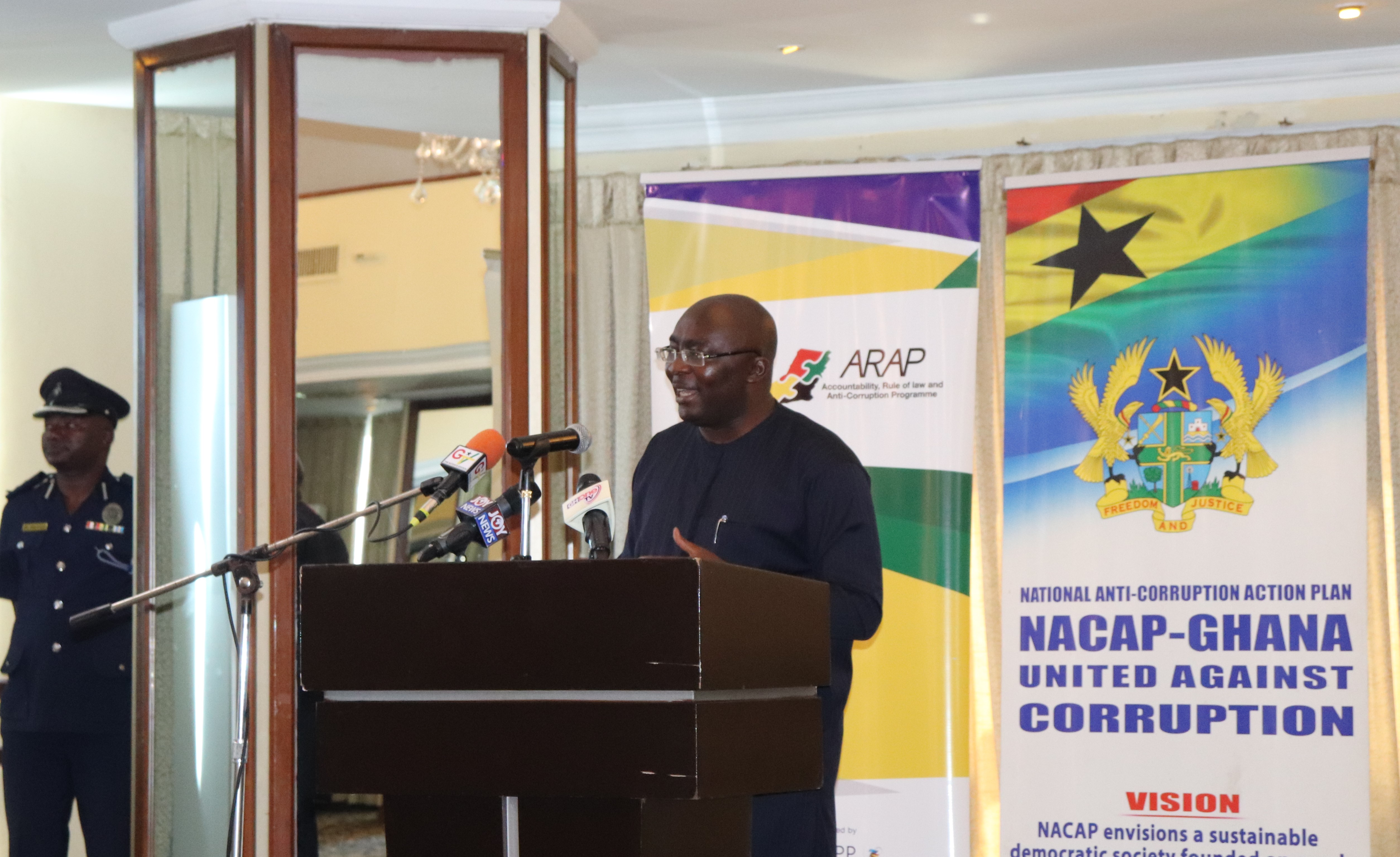 Government is determined to take the fight against corruption another notch by employing various techniques, including the building of anti-corruption systems and greater application of technology, Vice President Bawumia has indicated.

Speaking in Accra on Monday, 9th December, 2019, Vice President Bawumia outlined the benefits of Government’s digitisation agenda in the fight against corruption, emphasising that “We are putting in place digital systems to reduce the opportunities for corruption. Such measures are beginning to yield positive fruits, and we are confident that this is the way to go.”

The Vice President, who was speaking at the closing ceremony of this year’s Anti-Corruption and Transparency Week, continued:

“One of the areas that we have focused on in the last few years in the fight against corruption has been in introducing digitisation in a lot of the public sector. This is really very important, because one of the problems that we have had in our country, and in many developing countries, is the problem of a highly informal society.

“And so one of our major initiatives that we are driving in the public sector, is digitisation. And by digitisation, what you are doing is essentially reducing the human interface between the public and those who deliver government services. The technologies are going to disrupt corruption. When we talk about digitisation, we are talking about disrupting corruption, so that you look at systems that will be disruptive of corruption and introduce transparency.

“With digitisation, what you are trying to do is stop corruption ex ante rather than deal with it ex post (before the fact and not after the fact).

Vice President Bawumia disclosed that upon the instructions of President Nana Akufo-Addo, the Ministry of Finance has increased budgetary allocations to all the accountability institutions of State, including Parliament, the Judiciary, CHRAJ, EOCO, the Office of the Attorney-general and Ministry of Justice, the Auditor General, the Office of the Special Prosecutor and the Ghana Police Service.

“For next year alone, CHRAJ has been given GHC2.5 million to coordinate and monitor implementation of NACAP. We are also supporting CHRAJ to rebuild the portion of its offices destroyed by fire in 2013 to ensure it is able to execute its constitutional mandate effectively.

“This is how seriously the Government of Nana Addo Dankwa Akufo-Addo is taking the implementation of NACAP. Other accountability institutions received increases between 25% and 34% between 2017 and 2019.”

The Commissioner of the Commission on Human Rights and Administrative Justice, Mr. Joseph Akanjolenur Whittal, commended Government on its approach to fighting corruption, saying “your speech today gives us hope about your commitment to fight corruption. Introducing disruptive technologies is the way to go, and we pledge our full support in this fight.”