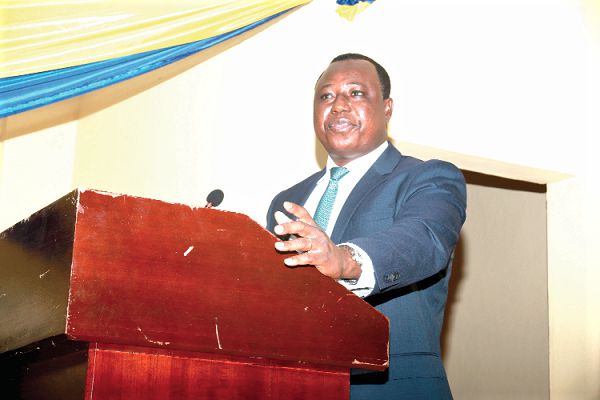 Thirty-six former staff of the Ghana Commercial Bank (GCB), dismissed in April this year, have petitioned the Commission on Human Rights and Administrative Justice (CHRAJ) for wrongful and unfair dismissal.

They want CHRAJ not to only declare the termination of their employment contracts as unfair, wrong and against their rights but to also ask that they should be compensated for the unjust treatment.
The 36 people are part of a group of 164 workers absorbed by the GCB after its takeover of the UT and Capital banks in August 2017, but  whose appointments were later terminated by the bank after a probe into the pre-tertiary certificates of staff hired in 2017.
While some of the 164 affected workers claimed their sacking was illegal because it was arbitrary, two groups of the affected workers have dragged the GCB to court to stop it from using their pre-tertiary academic certificates as a basis for terminating their appointments.
The 36 have, however, turned to CHRAJ, to seek redress for what they think are infractions of their labour rights.
Reliefs
In an affidavit supporting their petition to CHRAJ, deposed by a labour consultant, Mr Seth Abloso, the 36 workers prayed the commission to look into the case and direct the GCB to respond to their complaints.
That was because the bank had failed to appear at meetings arranged by the Labour Department in the past, the petition stated.
The workers are also seeking that CHRAJ order the GCB to compensate and pacify them for the wrongful termination; for a declaration that they did not become unemployed as part of the purchase and assumption agreement which led to the takeover of UT and Capital banks by GCB and an order directing the bank to rectify all the breaches and infractions and abuse of rights, with interest.
Additionally, the workers want a declaration from CHRAJ that the termination of their appointments was wrong and unfair.
Mr Joseph Whital, the Commissioner of CHRAJ, in an interview with the Daily Graphic, has confirmed that a labour consultant, Mr Abloso, had petitioned the commission on behalf of the 36 affected workers.
The petition was for CHRAJ to intervene in the matter.
Assessment
Mr Whittal said CHRAJ had undertaken an initial assessment to see if it was within its mandate to roll out a full-scale investigation into the matter.
“An initial assessment has been undertaken by the commission to find out if its mandate to deal with the matter was sufficiently triggered.
“We would soon communicate that decision to the petitioners,” the CHRAJ Commissioner indicated.
He further explained that a legal opinion had been drafted and the commission was reviewing that to arrive at a definitive decision on the matter.
“We will communicate our decision directly to the petitioners when we take it,” the head of the Human Rights Commission stressed.
Memo
Meanwhile, a memo dated Monday, May 13 2019, from the Human Resource Department of GCB to the deputy managing director (Operations) and seen by the Daily Graphic, had recommended to the bank to hold on until the final determination of the matter by the court… and “until decisions of the courts are clear to us”.
The memo with the heading: ‘Report of pre-tertiary certificates of 2017 clerical new hires’, said a request for the certificates from the 434 new hires of the period saw 277 with credits in English Language and Mathematics, 141 failing to obtain a credit in English or Maths or both, five workers failing to submit their certificates, 10 submitting Mature Entrance Exam Results, while one person also resigned.
The memo said two groups of workers had filed injunctions at the courts in respect of processes by the bank in the review of the certificates.
While one group asked the court to stop these processes, the other asked the court to restrain the bank from requesting their SSSCE certificates, or using them as a means of the termination of employment.
Context
In April this year, the GCB  sacked 164 staff of the bank.
The affected staff were part of the employees of the defunct UT and Capital banks who became workers of GCB following the purchase and assumption exercise of the two banks by the GCB.
Some of the affected workers complained that the termination of appointments came with no notice or explanation.
The worried workers, therefore, engaged the services of a Labour Consultant, Mr Seth Abloso, to lead them in discussions with the management of the bank.
However, two meetings between the bank and the consultant, scheduled for Tuesday, May 12, and Thursday, May 21, 2019, failed to come off  because the Bank did not  acknowledge receipt of any communication in relation to the proposed meetings.
The consultant then petitioned CHRAJ to look into the case.
Writer’s Email: caroline.boateng@graphic.com.gh