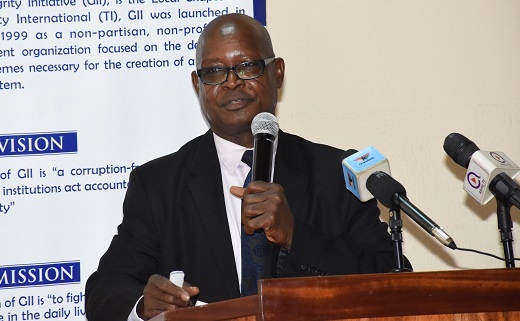 As Christmas draws nearer, the Director in charge of anti-corruption at the Commission on Human Right and Administrative Justice (CHRAJ), Charles Ayamdo, has asked public officers to be cautious of gifts.

He reminded them that per the ‘gift policy’ under the country’s guidelines of conflict of interest, they were neither to solicit nor receive gifts from persons they came into contact with in the discharge of their official duties.

At all times, whether tangible or intangible, through a third party or agent, he said they were to stay away from gifts that had the potential to influence their judgement.

“Gift is potential source of conflict of interest in the public service, regulating it is a way of curbing conflict of interest”, Mr Ayamdo told the Ghanaian Times  at a stakeholders sensitisation workshop on National Anti-Corruption Action Plan (NACAP) in Accra, yesterday.

Organised by the Office of the Attorney-General and Ministry of Justice (OAGMoJ) and attended by various public sector workers, the workshop was to create awareness on the NACAP and gift policy for effective implementation.

NACAP (2015-2024) is the country’s national framework to drive anti-corruption activities for the next 10 years through, amongst others, the promotion of high ethics and integrity and enforcement of applicable laws.

Mr Ayamdo said the public servants were required to declare the gifts received, declined or given as this was one effective way of managing conflict of interest that could arise because of the gifts.

Public officers who failed to disclose gifts received, declined or given, he said, could find themselves in breach of the gift policy if an actual conflict of interest situation was established against them.

Mr Asiama Sampong, Chief State Attorney, OAGMoJ, in a presentation on the gift policy said a public officer could only accept a gift if it would not influence the performance of duties.

Exceptions of the gifts, he said included those from family on the basis of only that relationship; social invitations such as birthday parties, funerals, naming ceremonies and send off parties and bona fide awards.

He said if a gift was given under duress, the public officer should report the matter as soon as possible to the ethics and compliance officer of the person’s institution and the police.

“Any breach (of the policy) will be treated as serious disciplinary offence and may be subjected to disciplinary action in accordance with the code of conduct of the relevant institution,” he said.

Alhaji Suleiman Ahmed, Chief Director, OAGMoJ said there was the need for all stakeholders to play their respective roles well to ensure the effective implementation of the NACAP.