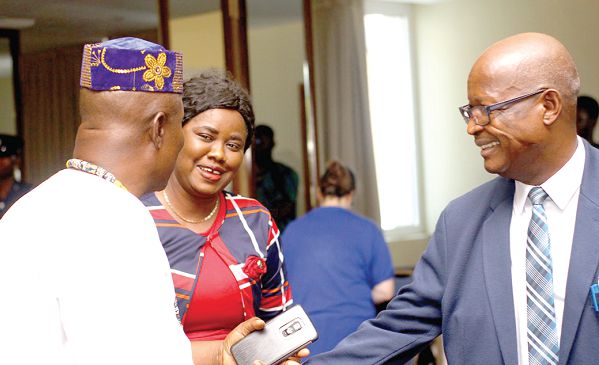 The Commission on Human Rights and Administrative Justice (CHRAJ) has asked the Ministry of Finance to enforce compliance directives which mandate public sector institutions to implement the National Anti-Corruption Action Plan (NACAP).

In particular, the CHRAJ wants the ministry to enforce a directive from the Office of the President which empowers the Finance Ministry to reject all budgetary proposals from state-owned institutions without a NACAP implementation model.

The Director in charge of Anti-Corruption at CHRAJ, Mr Charles Ayamdoo, made the call when he presented the 2017 NACAP progress report at a technical workshop organised in Accra last Thursday.

In attendance were the Commissioner of CHRAJ, Mr Joseph Whittal; the Director General of the Police Intelligence and Professional Standards, COP Nathan Kofi Boakye; representatives of the various ministries among other participants.

Mr Ayamdoo said: “We know that a directive was issued by the Office of the President, instructing the Ministry of Finance not to approve budget proposals from institutions without NACAP implementation but unfortunately some organisations are still able to get approval from the ministry.”

He added that the Ministry of Finance played a very crucial role in ensuring the implementation of NACAP by all state- owned institutions and urged the ministry to act accordingly.

He also asked the ministry to ensure the timely release of funds to the CHRAJ to enable the commission to effectively coordinate and monitor the implementation of NACAP.

Giving an overview of the report, Mr Ayamdoo said the fight against corruption was yielding positive results and ensuring a high level of accountability and transparency.

He cited the establishment of the Special Prosecutor’s Office as a major landmark achievement recorded in 2017 towards curbing corruption.

He added that there was an increase in the number of metropolitan, municipal and district assemblies (MMDAs) which adopted NACAP in 2017, describing it as an encouraging development that needed to be worked on.

Touching on some challenges, Mr Ayamdoo said the report among others, identified the low level of supervision by the necessary agencies as a major factor impeding the fight against corruption.

Among its recommendations, the report called for an intensified sensitisation campaign to be undertaken by stakeholders, particularly, CHRAJ and the National Council for Civic Education (NCCE).

The report tasked CHRAJ and the High Level Implementation Committee (HiLIC) to ensure that the communication and public awareness strategy for NACAP was ready for use before the end of 2018.

The 10-year strategic plan focuses on causes, effects and measures to control corruption and outlines measures for strengthening key anti-corruption and law enforcement agencies in the country.