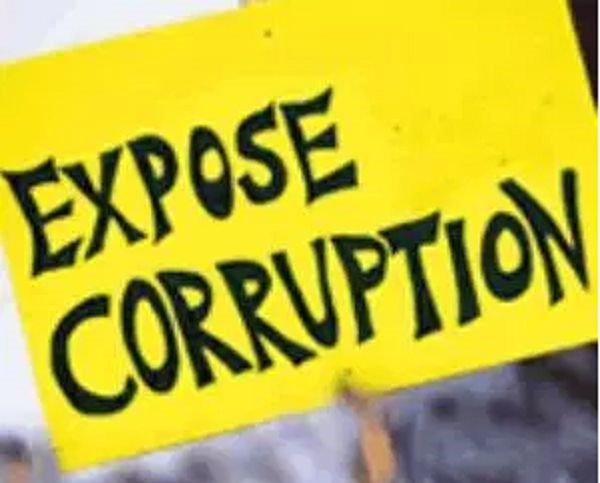 The Yilo Krobo and Lower Manya Krobo Municipal Director for Commission on Human Rights and Administrative Justice, (CHRAJ), Mr Benjamin Awumey, has asked the government to resource and equip the mandated institutions that fight corruption for them to perform their mandate.

He said institutions such as CHRAJ, EOCO, and the others were all mandated government institutions that had the power to fight corruption, but at the same time those institutions had not been equipped to perform their functions and it was a challenge to such institutions rendering them ineffective to some extent.

He said no matter how effective corruption-fighting an organisation was, if it was not well-resourced and equipped it could not perform its mandate, adding “such situations have been thwarting the efforts of the crime fighting institutions in the country and it is time they are equipped to perform their mandates’’

Mr Awumey made the comment when he addressed the student-teachers of the Mount Mary College of Education (MOMACOE) on Accountability Rule of Law and Anti-Corruption Programme (ARAP) at Somanya in the Yilo Krobo Municipality in the Eastern Region last Friday.

The programme was organised by the Yilo Krobo office of the National Commission for Civic Education (NCCE), in collaboration with the European Union aimed at sensitising identifiable groups nationwide to Accountability and Rule of Law and compliance with the Rule of Law.

The CHRAJ director, who took time to explain bribery, fraud, embezzlement, extortion, favouritism and facilitation payment to the students, said all those who practised any of them practised bribery and corruption in disguise.

Mr Awumey said corruption had become so endemic in Ghana that until every citizen, including churches and other faith-based organisations saw it as a social canker and did something about it, we would not get anywhere with the fight.

“Until we use the pulpit of the Christians and the mosques of the Muslims and other social gatherings such as this to preach against the ills of corruption, we can’t get any where,” he added.

He said using the National Anti-Corruption Plan (NACAP), teachers especially at the basic school level should start teaching about corruption and when the message was well-grounded at their level, the country might be getting nearer to the solution of the problem because the children who would grow to engage in corrupt practices would know right from the word go that it was evil.

“Teachers are supposed to educate their pupils and students if they understand the objectives of NACAP and if that continues, the message of NACAP will be centralised.

For the NACAP to achieve its objectives, the whole society needs to be educated on issues of corruption and their individual roles in the fight against corruption’’, Mr Awumey stressed.

The Yilo Krobo Municipal Director for NCCE, Ms Cynthia Mamle Tetteh, said the objective of ARAP was to promote good governance in Ghana by reducing corruption and improving accountability and compliance with the rule of law.

Also, the programme was to engage the citizenry on legal regimes on anti-corruption with the aim to empower them to deepen accountability in service delivery in Ghana.

Ms Tetteh said corruption affected everyone in diverse ways, especially the vulnerable and, therefore, encouraged everyone not to be a spectator, but join the fight against corruption by reporting corrupt practices and also demand accountability from public office holders to improve good governance in the country.