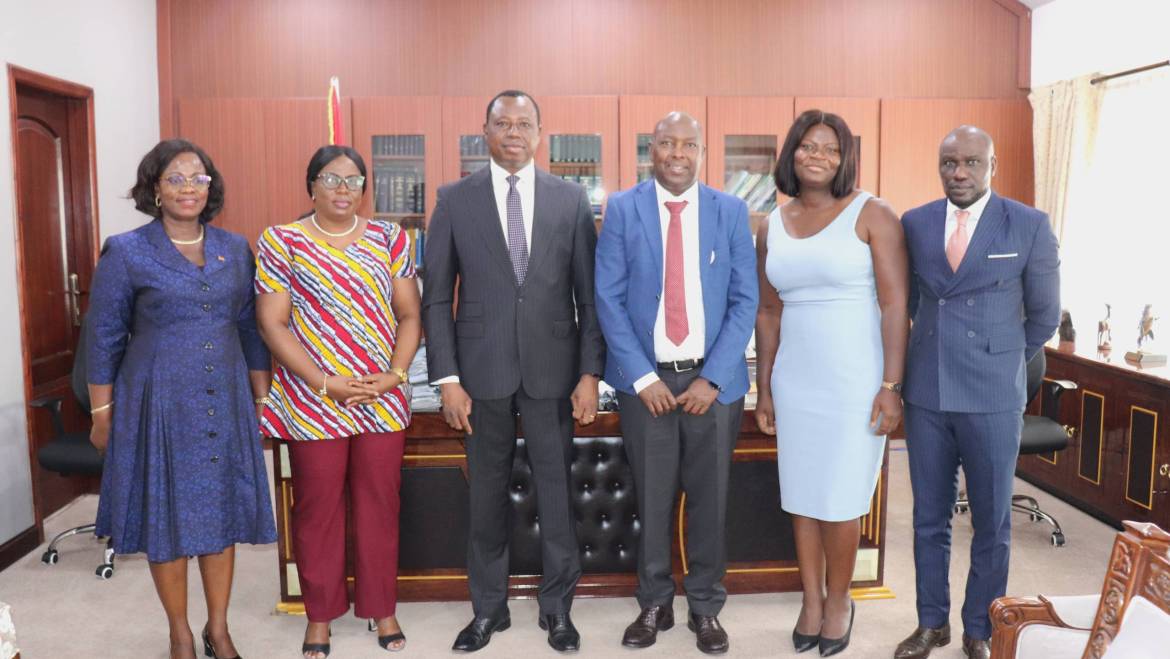 The Commissioner of the Commission on Human Rights and Administrative Justice (CHRAJ), Mr. Joseph Whittal has pledged CHRAJ’s resolve and commitment towards the promotion and protection of the fundamental human rights of all human rights defenders in Ghana.

Commissioner Whittal was interacting with a three (3) member delegation from the Network of African Human Rights Defenders (AHRD), and Gender Centre for Empowering Development (GENCED) who had paid a courtesy call on him to brief him on the activities of the Ubuntu Hub Cities and its operations in Ghana, after Ghana was selected to host the seventh Ubuntu Safe City Hub, making it the first in an English-speaking country in West Africa to play host to the hub after it was launched in March 2022, in Accra.

Chairperson of the African Human Rights Defenders Project, Mr. Hassan Shire explained that the project seeks to provide shelter, comfort, and possible relocation for African human rights defenders and activists who speak truth to power and are at-risk without them having to leave their home continent.

He expressed his appreciation to the Commission for participating in the launch of the Ubuntu Hub Cities Initiative in Accra.

The Executive Director for GENCED, Madam Esther Tawiah, highlighting the criteria for selection of human rights defenders who qualify to receive support from the Ubuntu City Hub, also noted that the support available includes psychosocial, trauma, housing, legal, educational, and support for families left behind.

The Coordinator of the Pan-African Network of Human Rights Defenders, Mr. Joseph Bikanda outlined the successes of the initiative in sister countries such as Zimbabwe, Zambia, Uganda and expressed the hope that this would be replicated in Accra.

Deputy Commissioner of CHRAJ, Madam Mercy Larbi, and the Director in charge of the Human Rights Department of CHRAJ, Mrs. Mary Nartey were in the meeting.