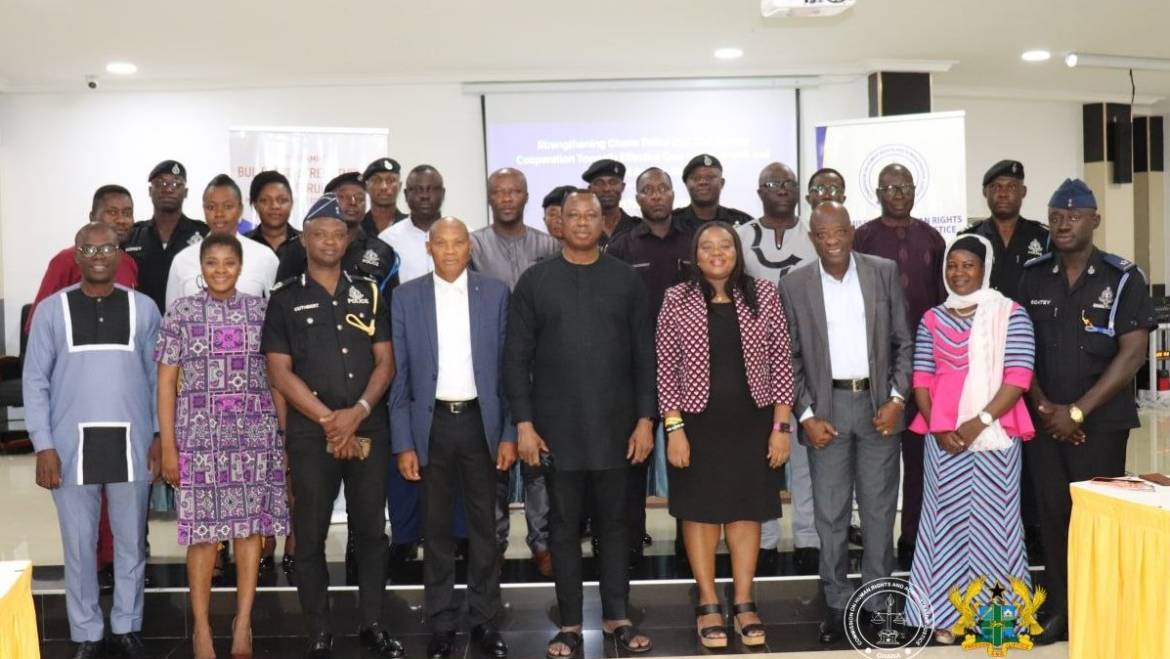 The two-day event, which ended in Tamale on Tuesday, offered the opportunity for personnel of the Ghana Police Service and representatives of the Commission on Human Rights and Administrative Justice (CHRAJ), Civil Society Organisations, and the media to share knowledge and experience to understand one other’s role and responsibilities towards improved accountability by advocacy, and awareness creation.

It was also to build an effective cooperation network amongst them through regular monitoring of compliance with standards of accountability.

The first two exchange programmes were held for officers at the Police Headquarters in Accra, and personnel of the Greater Accra Regional Police Command.

Mr Joseph Whittal, Commissioner of CHRAJ, speaking during the event, said: “It is to improve the accountability of the Ghana Police Service and through this exchange, we hope to build knowledge, and work on the experience of partners as we understand one another’s role.”

Mr. Whittal emphasised: “If we understand one another’s role; our various mandates, then there is the likelihood that we will be able to hold one another more accountable and to even become advocates for one another.”

He said: “We hope that the misunderstanding between CSOs as they interface with Ghana Police Service particularly in case management, complaints that are referred to them, the media as they report on these cases, the type of standards that are expected will be clarified and understood by each party so that there will be less misunderstanding and the work amongst the parties will be better improved.”

Deputy Commissioner of Police (DCOP) Duuti Tuaruka, Northern Regional Police Commander said democratic policing required personnel to protect the human rights of citizens and reminded them to be accountable to the people.

Mr Sulemana Braimah, Executive Director of Media Foundation for West Africa, expressed optimism that the exchange would ensure professionalism amongst the various institutions for the benefit of society.

Madam Daphne Lariba, Executive Director of Legal Resources Centre lauded the event, saying it would ensure better collaboration to push forward the agenda of human rights in the country.