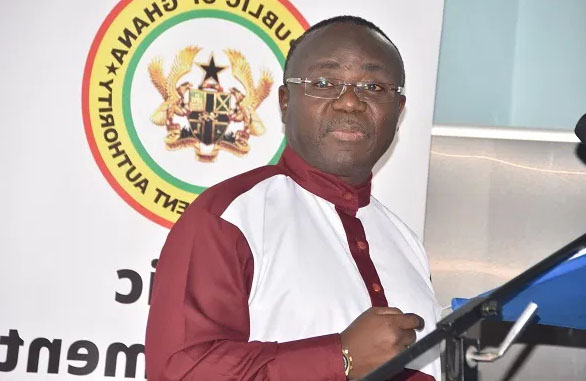 The Ghana Institute of Procurement and Supply (GIPS) has revoked the membership of the former Chief Executive Officer of the Public Procurement Authority (PPA), Mr. James Agyenim Boateng Adjei.

This was contained in a statement, issued by the Institute on Tuesday, March 8, 2022.

According to GIPs, the decision to part ways with the former PPA boss was premised on his inability to honour a series of invitations relating to allegations levelled against him.

“GIPS wishes to officially inform the general public that in line with the recommendations from CHRAJ, coupled with the fact that Mr. A.B Adjei failed to honor an invitation to appear before the Institute’s Ethics & Professional Standards Committee to respond to the allegations leveled against him, his GIPS membership has formally been withdrawn.

Thus, Mr. Adjei cannot use the title FGIPS or hold himself as a member of this Professional Body for the next ten years”, the statement read.

The Institute also applauded the Commission for Human Rights and Administrative Justice (CHRAJ), for their findings, relating to the procurement breaches, levelled against Mr. Adjei.

“The Ghana Institute of Procurement and Supply (GIPS) has perused the content of the official report dated February 11, 2022, by the Commission on Human Rights and Administrative Justice (CHRAJ).

In line with Article 286 of the Constitution of the Republic of Ghana and per the Public Office Holder (Declaration of Asset and Disqualification Act 1998 (Act 550), GIPS wishes to congratulate the Commission for the thoroughness of the investigations and some of the associated recommendations.

The GIPS said, “The Institute is committed to working with all stakeholders and state agencies to chart a common path in the fight against procurement-related corruption in Ghana”.

Meanwhile, the Accra High Court has thrown out an application by the former PPA boss, which sought to set aside the findings of the Commission on Human Rights and Administrative Justice (CHRAJ) against him.

Mr. James Adjenim Boateng Adjei contended that CHRAJ acted in breach of natural justice and failed to give him a fair hearing during its investigations into the ‘Contract for Sale’ saga.

According to him, CHRAJ never gave him the chance to cross-examine witnesses presented in the case.

“By denying me the opportunity to access, respond and cross-examine statements, witnesses and evidence that the respondents relied on to arrive at their decision, CHRAJ acted in breach of natural justice and failed to give me a fair hearing,” he said in his lawsuit.

Mr. Adjenim Boateng was on Friday, October 30, 2020 dismissed by President Akufo-Addo after CHRAJ ruled that he was unfit to hold public office.

The former PPA Boss was busted in a documentary by investigative journalist, Manasseh Azure Awuni, for the alleged sale of government contracts.

Following the allegations in the “Contracts for Sale” documentary, the President suspended James Adjenim Boateng Adjei from office and further referred the case to the Commission on Human Rights and Administrative Justice (CHRAJ for investigation.

The documentary revealed that a company Mr. Adjenim Boateng Adjei co-owned, TDL, had sold government contracts it won through single-source and restrictive tendering to the highest bidder.

CHRAJ in its final report established that, “on the totality of the evidence, Mr. Adjenim Boateng Adjei had put himself in a position where his personal interests conflicted with the performance of his functions as CEO and Board Member of the PPA”.

It also stated that the former PPA boss abused his high office of trust. His dismissal further came with a 5-year ban from holding any public office.

CHRAJ further stated that Mr. Adjei has been unable to explain the source of large volumes of deposits into his various bank accounts.

The Commission analyzed data provided by the Financial Intelligence Centre which puts the total transactions during the period within which Mr Adjei assumed office at GHS 14.8 million. This was the total figure from 4 dollar and euro accounts held at two banks.

Mr. James Adjenim Boateng Adjei who was displeased about the general outcome of the CHRAJ report initially took to various media outlets to express displeasure over the case. He then filed a suit at an Accra High Court to challenge CHRAJ’s decision, asking the court to revoke the President’s directive.

According to him, CHRAJ made “several site trips to several locations to gather evidence which it relied on to arrive at their decision”.

“If given the chance to access, respond and cross-examine the various documents, witnesses and evidence relied on by CHRAJ in their report, I would”, he said.