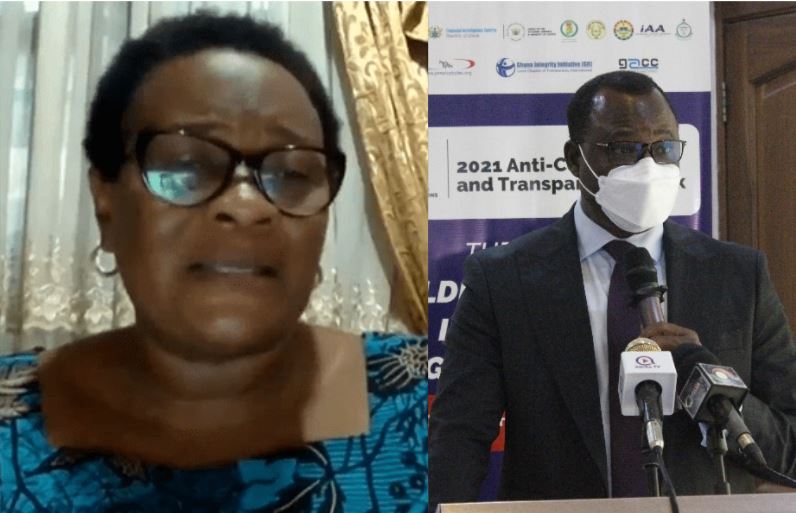 The Programmes Manager at the Ghana Integrity Initiative (GII), Mary Addah has called on independent state accountability institutions to act exactly as the law demands and not pander to executive pressure.

According to her, their failure to act with the mandate entrusted to them by the constitution without fear or favour would result in the erosion of their independence, thus rendering them mere appendages of the executive arm of government.

A situation she says grossly undermines the fight against corruption in the country.

Speaking on JoyNews’ PM Express, Mary Addah stated that an exemplary action of an independent state accountability institution exercising its full mandate under the constitution was the performance of the Commission of Human Rights and Administrative Justice’s (CHRAJ) in the Contract for Sale scandal.

“One of those things that has happened over the past two years or thereabout is when the issue of the Contract for Sale came up. The way CHRAJ took the complaint from Manasseh and from the Ghana Integrity Initiative App and investigated, and made recommendations, based on which recommendations the President had no other option than to take a certain route and you see that is how we should go about it.

“The independent accountability institutions per their mandate in the constitution should act like that and not because they are appointed and could be disappointed by the President then in most of the time executive power would influence some of the actions that they take in their work,” she said.

She was, however, quick to mention that when these accountability organisations fail to exercise transparency in their own dealings, it fosters negative perceptions about their independence and their ability to work as expected.

“You would realize that as we speak, even for us the Ghana Integrity Initiative, in a report we complained to CHRAJ, we still do not have the report and some of these fuel perceptions of the lack of independence of the accountability institutions to perform their mandate,” she said.