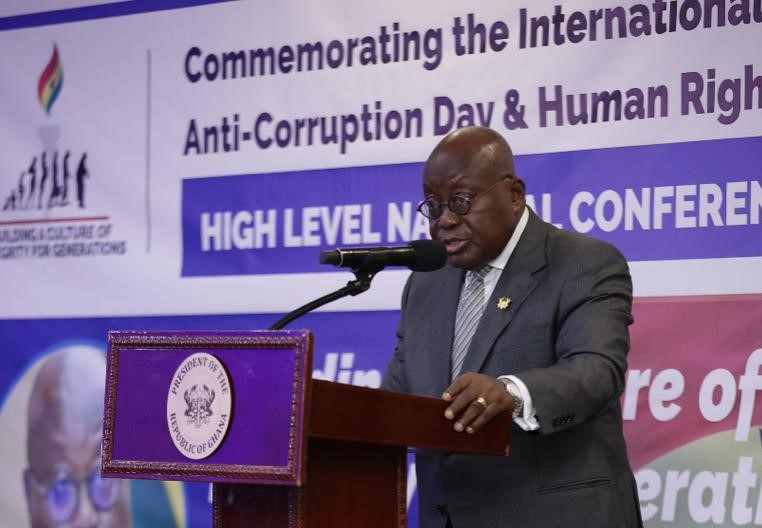 President Akufo-Addo has said he will not set aside due process in his fight against corruption, and that all allegations of corruption made against any official of his government have been duly investigated, and actions taken on them.

Speaking at a high-level national conference on corruption and human rights in Accra, President Akufo-Addo said acts of corruption within and outside his administration were being dealt with by independent state institutions.

“That is why so far, every single alleged act of corruption levelled against any of my appointees is being investigated by independent bodies such as CHRAJ, the CID and in some cases by Parliament itself.”

“It is not my job to clear or convict any person accused of wrong doing or of engaging in acts of corruption,” President Akufo-Addo said.

“That is the job of the courts. My job is to act on allegations of corruption by referring the issue or issues to the proper investigative agencies for the relevant inquiries and necessary action, including, if required, the suspension of the affected official pending the conclusion of investigations. That is exactly what has been done since I assumed the mantle of national leadership on 7th January 2017.”

Ghana currently ranks 75 out of 180 in the Corruption Perceptions Index by Transparency International after scoring average marks.