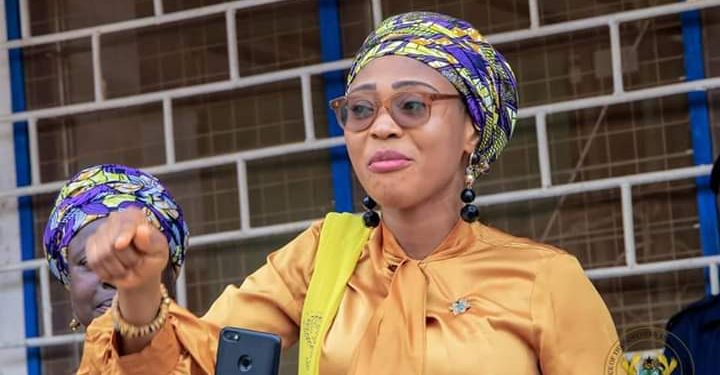 The Commission on Human Rights and Administrative Justice (CHRAJ) in the Northern Region has dragged the Municipal Chief Executive of the Sagnarigu Municipal Assembly, Marriam Iddrisu and the New Patriotic Party Northern Regional Chairman, Mohammed Bantima Samba to the Tamale High Court for contempt against it after the two repeatedly refused to respond to subpoena served on them by the commission.
The two got in conflict with the law after several petitions by one Timothy Kipo and eight other residents of the Kanvili North in the Sagnarigu Municipality to get the two to stop putting up a fuel station close to residential homes in the community failed despite directives from the Ghana petroleum Authority, the BNI and the EPA to halt the process.
The petitioners approached CHRAJ to intervene.
“We had a complaint from a group of residents, alleging an infringement of their fundamental human rights by citing a retail fuel station in the residential community,” CHRAJ Regional Director, Stephen Azantilow told Citi News.
Since October 2018, the complainants have been fighting the developers over the issue through legal means and press conferences.

Prior to Monday’s sitting, the High Court had directed that the defendants should be served the writ.

Although the MCE was served, the NPP Regional Chairman could not be served by the bailiff.

On the last adjournment, the judge ruled that if the bailiff is not able to locate the NPP party chairman, trial would be held on the second defendant, Marriam Iddrisu.

But Counsel for the defendants told the court he was unwell during the period and pleaded for more time to enable him reach the first defendant, Mohammed Bantimaa Samba.
“We want the court to jail the two persons for refusing to answer the subpoenas we served them. It is disrespectful to the commission”, Mr. Azantilow said in an interview.
The Court, which was presided over by His Lordship, Justice Richard Kogyapwah adjourned the case to 22nd October 2019.
Meanwhile, the developers have already completed the construction of the fuel station and have commenced sales.