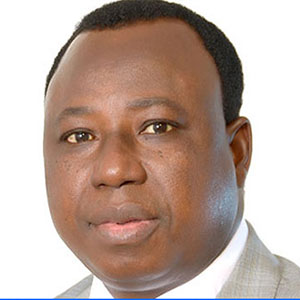 The Commissioner of the Commission on Human Rights and Administrative Justice, Mr. Joseph Whittal would be making a presentation on strengthening anti-corruption state institutions for national development, the main focus for the Conference, at the 70th Annual New Year School and Conference which opens today, Monday, January 14, 2018 in Accra.  General discussions, however, are expected to centre on the importance of strong institutions.
For about 70 years running, the New Year School has consistently been organised by successive governments drawing from recommendations of Conferences that had been held earlier, as well as policies shaped, and the stage set for constitutional democracy.
During this period, experts from anti-corruption institutions, regulatory agencies, industry, local government, politics, and academia among others, are invited to deliberate on key national issues, brainstorm on how to fix identified national challenges, and stimulate the conscience of duty bearers to live up to the task through thought provoking speeches.
Other key speakers at the Conference who will be speaking on sub-themes as regards Ghana’s democracy, political vigilantism, building a strong civil society for effective accountability, improving electoral process for democratic consolidation, and 30 years of decentralisation – challenges and prospects, will include the Speaker of Parliament, Professor Aaron Mike Oquaye, the Majority Leader and Minister of Parliamentary Affairs, Mr. Osei Kyei-Mensah Bonsu and the Minority Leader, Mr. Haruna Iddrisu.
The theme for this year is “Building strong institutions for democratic consolidation in Ghana.”