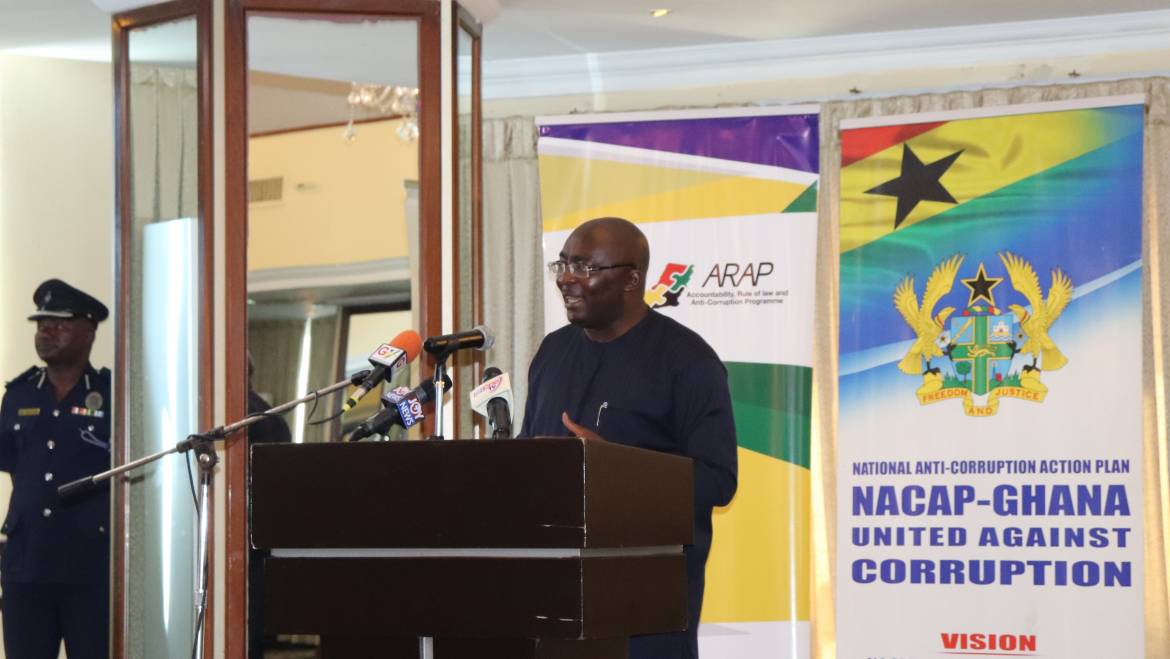 The Commissioner of the Commission on Human Rights and Administrative Justice (CHRAJ), Mr Joseph A. Whittal, contends that the country will lose the fight against corruption if its leaders fail to take steps to strengthen statutory anti-corruption institutions.
He also said it was needless to set up more bodies to fight corruption, adding that the legal framework establishing statutory anti-corruption institutions such as the Audit Service, CHRAJ and the Economic and Organised Crime Office (EOCO), were plagued with a myriad of challenges.
Delivering a lecture on strengthening anti-corruption state institutions at the ongoing New Year School and Conference at the University of Ghana yesterday, he said it was not proper for political leaders to make the fight against the canker a rhetoric.
“It is not sloganeering, words and shouts that can fight corruption.
It is resourcing the institutions, addressing the weaknesses in the law establishing the bodies, providing sustainable funding, proper staff recruitment systems, and implementing the National Anti-corruption Action Plan (NACAP), that can help deal with corruption,” he stressed.
Appointments
Mr Whittal said the time had come to amend the laws on the appointment of the heads of state anti-corruption institutions, including the Financial Intelligence Centre (FIC) and EOCO, to wean them off excess control by the President.
“The appointment of the heads of the EOCO and FIC is done by the President, the terms and conditions of their work are in their appointment letter, and the removal process is at the pleasure of the President.
“If you want these bodies to be effective, there is no way that we will give the appointment and removal process to the President who is the appointing authority and expect that they will work truly well,” he said.
In addition, Mr Whittal said the Executive control over the funding of the anti-corruption statutory bodies was a setback to their ability to fight the canker.
Clearance
Mr Whittal said the situation where the state anti-corruption bodies required clearance from the Ministry of Finance to recruit staff was also problematic.
He said about 70 of the staff of CHRAJ had gone on retirement over the last three years but the commission was still struggling to get clearance to replace them.
Not numbers
The former Executive Director of the Ghana Integrity Initiative (GII), Mr Vitus Azeem, for his part, said it was not enough to create more anti-corruption bodies and that what was crucial was for the state to ensure that the existing ones worked well.
Mr Azeem also asked the institutions to be prudent by making judicious use of the resources available to them to be able to deliver on their mandate.
He urged the citizenry to take keen interest in the fight against corruption by reporting suspected cases to the right bodies for action to be taken to curb it.