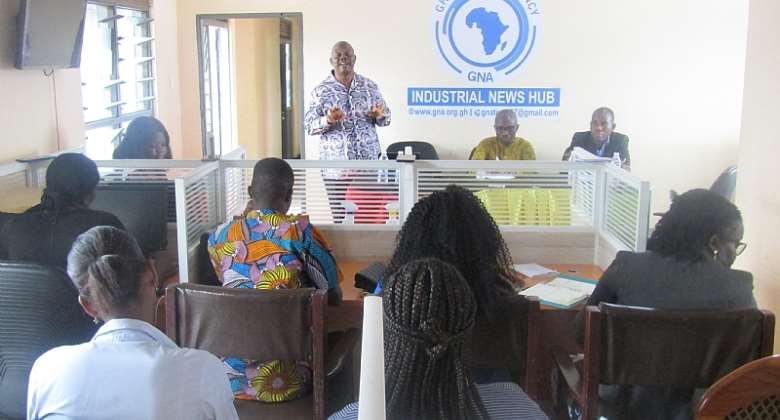 “We are somehow creating the politicians that we want, we ask them to bribe us so that we can vote for them, they also intend induce us monitory and materially to vote for them. Increasingly individual personal interest is overcrowding the national interest.

“We accept the inducement and vote based on the highest bidder so that after they win, we can queue at their doors for our daily bread, funeral contribution, school fees, rent, among others without caring where they get the money from.

“We know that Members of Parliament and the other politicians do not make money or have money machines, but we demand all our needs from them, it’s our money that they will find a way to divert to please us,” Mr. Richard A. Quayson, Deputy Commissioner, Commission on Human Rights and Administrative Justice (CHRAJ), has stated and called on Ghanaians to stop voting for the ‘highest bidder’ politicians as that amount to auctioning the country’s elections

Mr. Quayson said this at the 15th edition of the Ghana News –Agency, Tema Industrial News Hub Monthly Stakeholders Engagement and Workers Appreciation forum, which was monitored by the Communication for Development and Advocacy Consult (CDA Consult) in Tema.

The engagement is an initiative by the GNA-Tema Regional Office as a progressive media caucus platform for state and non-state actors to address national issues.

Speaking on the topic: “Is the fight against corruption a mirage or reality, the perspective of CHRAJ,” the CHRAJ Deputy Commissioner stressed that Ghanaians were getting the kind of politicians they deserve as those in authority, as well as in the public sector was a reflection of the general population as they emanated from the society into power.

Mr Quayson said the current worrying trend of people being paid by politicians to vote for them creates an enabling environment for these politicians when they are elected into political office engage in corrupt practices to recoup the amount spent during the electioneering campaign.

He said it was not enough for people to blame and only point to politicians and people in authority as corrupt when they contributed to creating the platform for it.

“I am not saying the politicians should not take their blame, but let us also blame ourselves for creating the condition for corruption,” he said.

Mr Quayson, therefore, called for a change in the mind-set of Ghanaians which according to him Osagyefo Dr Kwame Nkrumah, Ghana’s first President warned the people about at the time of independence when he stated that Ghana was no longer under colonial rule, “the mentality of it is for the government must end, we are the government”.

He indicated that people were not interested in taking responsibility for nation building as they see it as the responsibility of politicians while they see themselves as people that have rights in the country.

“As a Ghanaian, do you think you own part of this country, or you are just passing through, we don’t want to take responsibility, we think rights have one side, it has both sides rights and responsibilities, who should build the nation for you to take your rights,” he added.

Mr. Francis Ameyibor, GNA-Tema Regional Manager, in a welcome address said there was the need for a collective approach to the fight against corruption as it has dire consequences for all.

Mr. Ameyibor further stated that the system was getting out of hand and if nothing was done about it immediately, “we are all not safe, we are watching unconcerned a ticking time bomb and sadly playing the blame game instead of taking pragmatic action to defuse it”.