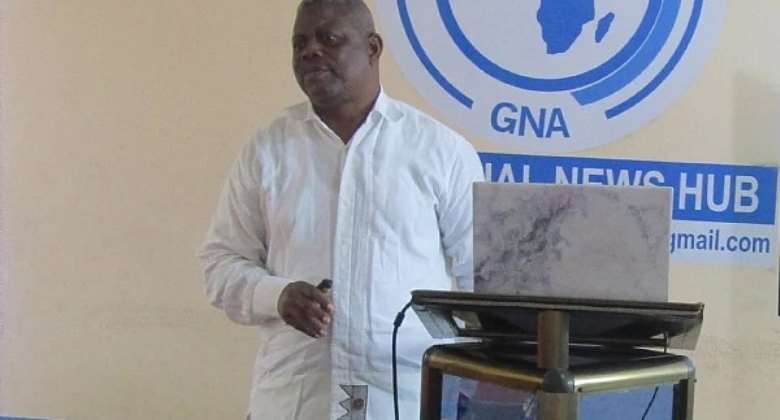 “We need to collectively close all the loopholes, prevent people from being corrupt and report any incident of it to ensure that corruption is unacceptable,” Mr. Richard A. Quayson, Deputy Commissioner, Commission on Human Rights and Administrative Justice (CHRAJ), has stated.

He expressed concern that Ghanaians only talk and accuse people of being corrupt but do not take any action through the mandated anti-corruption institutions.

“Until Ghana gets to that point where everybody begins to see that corruption is not acceptable and that we must take a personal interest in the fight and denounce corruption,” the CHRAJ Deputy Commissioner stated.

Mr Quayson said this at the 16th Stakeholder Engagement of the Ghana News Agency-Tema Regional Office on the topic: “Public Service Integrity in the fight against corruption,” which was monitored by the Communication for Development and Advocacy Consult (CDA Consult) in Tema.

Mr. Quayson, therefore, called on Ghanaians to contribute actively to the fight against corruption, stressing Ghana needs to get to the point where all citizens believe that corruption is not acceptable and collectively act to deal with it.

Mr Quayson also noted that it was necessary for journalists to be circumspect in affiliating corrupt officials to their political portfolios, adding that “such media reportages give opportunity to their opponents to give needles comment which sometimes interfere with justice”.

The CHRAJ Deputy Commissioner said although the National Anti-Corruption Action Plan (NACAP) seeks to combat corruption, the role of the media in the discourse could not be over-emphasized as it serves as a watchdog over corruption.

He urged the journalists to dedicate a greater part of their resources to fighting corruption in society.

Mr Francis Ameyibor, Ghana News Agency Tema Regional Manager urged stakeholders in the public service to step up the fight against corruption, stressing that as a result of corruption, the government cannot resource most of its institutions to perform their duties efficiently and effectively.

Mr. Ameyibor said the government and other organizations were making several interventions to curb the canker, therefore, stakeholders needed to work as a team and combat corruption instead of using their strength, time, and resources to battle each other.

He explained that the role of the media was critical in promoting good governance and controlling corruption.

Mr. Ameyibor said “The fight against corruption will bear little fruit without the media raising the awareness of public officials and the general public to the dangers of corruption and the duty of every citizen to combat corruption”

He said the media should monitor the trend of corruption, practices, and avoid sensational stories, saying that biased and sensationalism reporting could undermine the ability of anti-corruption agencies to deal effectively with corruption.

“The media needs to reinforce the work of anti-corruption bodies and strengthen the citizens to resist, condemn and report corruption,” Mr. Ameyibor stated.