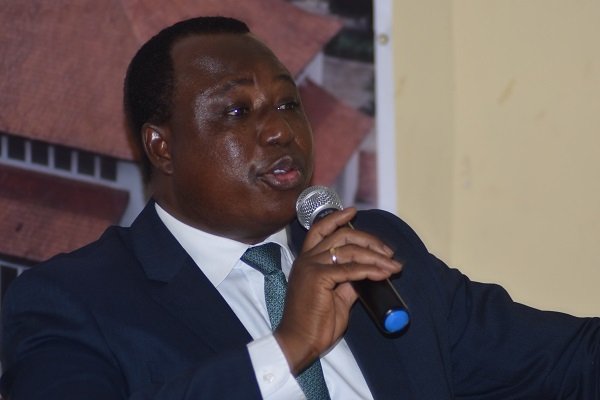 The Commission on Human Rights and Administrative Justice (CHRAJ) has said it will consider a request by the suspended Head of the Public Procurement Authority (PPA), Mr Agyenim Boateng Adjei, for a public hearing of investigations into his conduct by the commission.

It said it would take a decision after concluding its preliminary investigations into the allegations against Mr Adjei.

A copy of a letter sighted by the Daily Graphic, signed by the Commissioner of CHRAJ, Mr Joseph Whittal, and copied to Mr Adjei said in line with laid down laws, the public could be excluded from its investigations.

It, however, said the request for a public hearing could be considered when the commission began its investigations.

In August this year, a journalist, Mr Manasseh Azure Awuni, aired an investigative documentary on the conduct of the PPA boss.

In the said documentary, Mr Adjei was alleged to be engaged in sole sourcing of contracts for a company in which the PPA boss allegedly had shares.

The documentary led to the condemnation of Mr Adjei’s alleged activities by many Ghanaians, generating a national debate.

President Nana Addo Dankwa Akufo-Addo, subsequently, suspended Mr Adjei and referred the matter to CHRAJ and the Office of the Special Prosecutor.

The commission granted Mr Adjei his constitutional right to respond to the allegations in a letter dated August 26, 2019.

He was further granted the constitutionally guaranteed period of 10 days within which to respond.

The Ghana Integrity Initiative (GII), the local chapter of Transparency International (TI), also petitioned CHRAJ on the matter on September 5, 2019.

The commission, therefore, decided to give an additional 10-day response period to Mr Adjei to answer the allegations of conflict of interest levelled against him in the petition.