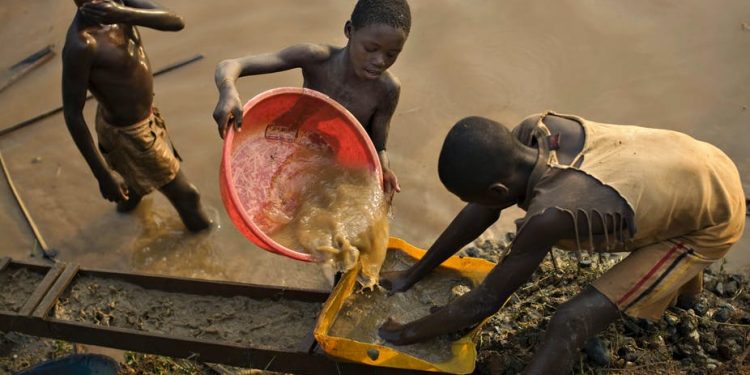 The Commission on Human Rights and Administrative Justice (CHRAJ) is asking for more decisive actions aimed at dealing with the underlying factors leading to child labour in the country.

CHRAJ says the menace can only be eradicated as one of Ghana’s major social issues if steps are taken in that regard.

The Commission made the remarks in a statement to mark, ‘World Day Against Child Labour’ on June 12, 2021.

In a statement signed by Joseph Whittal, Commissioner of CHRAJ, he noted that “child labour can be eliminated absolutely, and this year’s World Day Against Child Labour is a prompt reminder to us all, to aggressively work and engage collaboratively to end child labour now.”

“This call is firmly in support of Agenda 2030 as it envisions a world which invests in its children and in which every child grows up free from violence and exploitation” as well as the determined goal to end child labour in all its forms.”

“We must tackle the root causes of child labour by implementing the objectives of the NPA until the last child in Ghana is freed from child labour”, the statement said in parts.

To this end, the Commission commits to supporting the government in this journey by drawing the attention of all stakeholders to some critical issues in this conundrum.

World Day Against Child Labour was established in 2002 by the International Labour Organization to raise awareness and activism towards Child Labour prevention.

72.5 million, i.e. half of these children perform hazardous work that puts their health, safety or moral development at risk.

In Africa, about half of the global statistics of child labour is prevalent (72 million children) followed by Asia and the Pacific (62 million).

Ghana is a signatory to both the ILO Convention and has accordingly ratified it.

There is also an extensive legal and regulatory framework that has been put in place to secure the rights of children from abuse.

To this extent, measures have been instituted to strengthen coordination, with the goal of reducing the worst forms of child labour to 10 per cent by 2021 with areas of prime focus being cocoa, mining and fishing sectors.