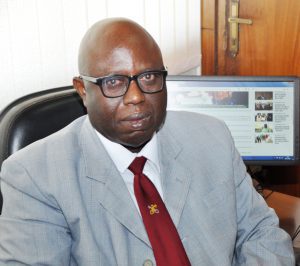 John Duke Hammond is a lawyer by profession and the Director of Administration at the Commission. He entered into the Service of the Commission on 20th December, 1993 as a Senior Administrative Officer. He was called to the Bar in 1997. In June 2009 he was ordained as a Minister of the Presbyterian Church of Ghana.