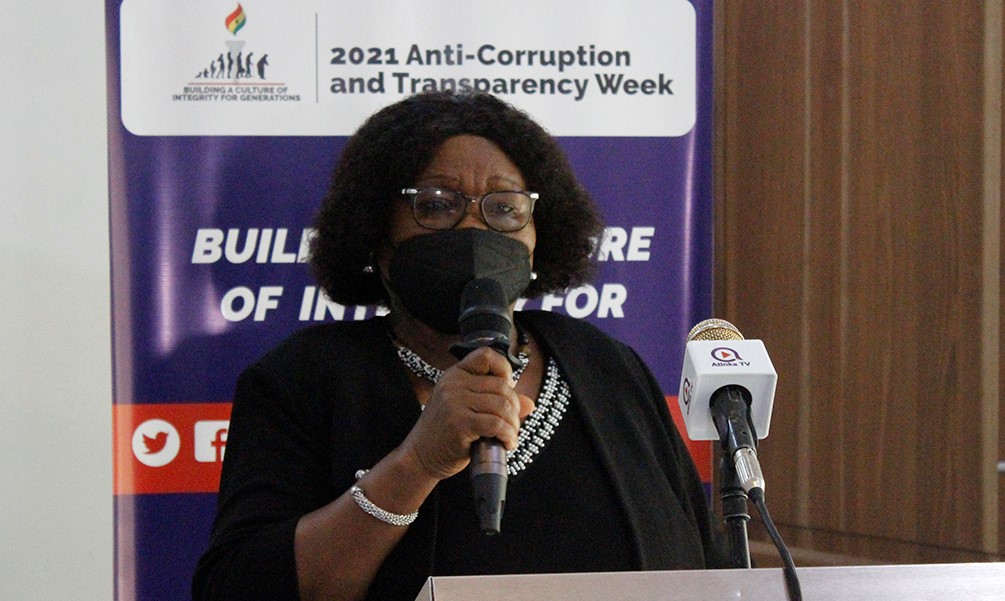 “Our fight against corruption has not resulted in the desired eradication of it; however, there is hope of getting there,” a Court of Appeal Judge, Justice Angelina Dormakyaareh, has said.

She said the work of the Commission on Human Rights and Administrative Justice (CHRAJ) and other stakeholders gave the hope that the campaign against corruption would eventually succeed in the country.

Justice Dormakyaareh was speaking at the launch of the 2021 International Anti-Corruption Day (IACD) and the International Human Rights Day (IHRD) in Accra on Monday December 12, 2021.

The IACD and the IHRD are commemorated on December 9 and 10, respectively.

Week-long activities are being organised by CHRAJ and its partners to herald the commemoration in the country.

They will be climaxed by a national conference and the presentation of reports on Ghana’s state of corruption and human rights.

The theme for the IACD is: “Your right, your role: Say no to corruption”, while that for the IHRD is: “Equality: Reducing inequality — Advancing human rights”.

In Ghana, the local theme is “NACAP: Building a culture of integrity for generations.”

“If we are able to build men and women of integrity, Ghana will be better for it and we will have resources for the good of all,” he said.

A Deputy Commissioner of CHRAJ, Rev. Richard Quayson, described the interventions to be launched by the President as game changers.

Both programmes, he said, would help personalise the fight against corruption, as contained in the National Anti-Corruption Action Plan (NACAP) document.

Justice Dormakyaareh, a former Deputy Commissioner of CHRAJ, recalled how, in the formative years of the commission, the commissioners decided to organise an international conference on corruption, which was met with scepticism.

“There were a lot of naysayers who wondered what we were about with such an event. Many attended that conference, and at the end of the day, all the participants expressed commitment to fight the canker,” she said.

Justice Dormakyaareh described as heartwarming the fact that about a quarter of a century later, CHRAJ and its partners were still advocating vigorously against corruption in the country.

According to her, the fight had yielded some results with the adoption of the NACAP by Parliament.

“I want to encourage all of you to continue to contribute your lot to the fight. In 1995, we held the international corruption conference that was jeered at; we now have annual week-long activities to commemorate the day,” she added.

Under NACAP, the institutions with direct responsibility for the fight against corruption are CHRAJ, the Office of the Attorney-General and Ministry of Justice, the Audit Service, the Internal Audit Service, the Economic and Organised Crime Office (EOCO) and the Financial Intelligence Centre (FIC).